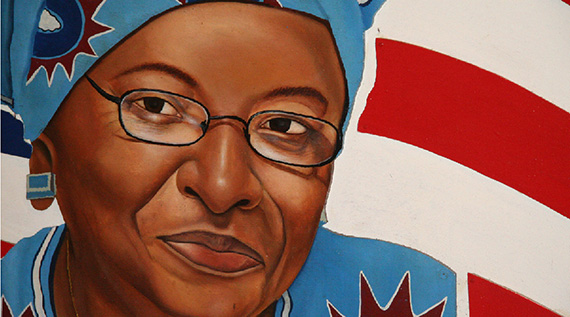 Ellen Johnson Sirleaf was the first woman ever elected head of state in Africa. When she took power in January, 2006, she was faced with rebuilding her nation from zero. She turned to a remarkable team of women. IRON LADIES OF LIBERIA follows these women in their critical first months of power.

American director Daniel Junge teamed up with Liberian Siatta Scott Johnson to get unprecedented access to the inner workings of the Johnson Sirleaf’s government. This film puts us in the room with the President as she negotiates debt relief with representatives from the World Bank; wrangles a new contract with Firestone; and courts Chinese President Hu Jintao.

The film had its world premiere at the Toronto International Film Festival and was part of the international Why Democracy? project.

Executive producer Jonathan Stack who previously covered the country in LIBERIA: AN UNCIVIL WAR will attend STF to discuss the making of this incredible film.