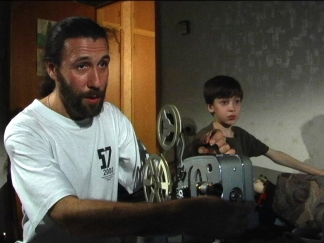 The Bolshevik revolution, the cold war, and the collapse of the Soviet Union defined the history of the twentieth century. With such a past, what does it mean to be Russian today? Robin Hessman’s lovingly crafted documentary, My Perestroika, adopts the idea of the “everyman story,” suggesting that the unheralded lives of the last generation of Soviets to grow up behind the iron curtain hold the key to understanding the contradictions of modern Russia from the inside out.

Crafted during five years of researching and shooting, and based on almost a decade of living in Russia in the 1990s, Hessman’s film poetically interweaves an extraordinary trove of home movies, Soviet propaganda films, and intimate access to five schoolmates whose linked, but very different, histories offer a moving portrait of newly middle-class Russians living lives they could never have imagined when they were growing up.

Inside the Stalin Archives: An interview with Jonathan Brent