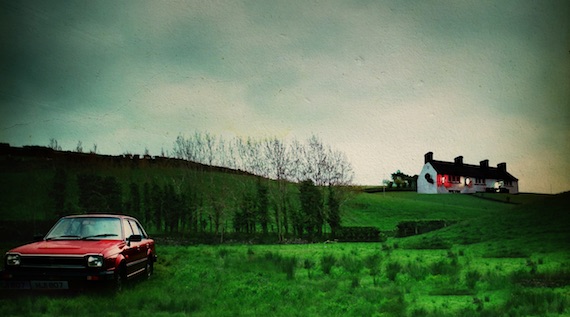 This past August, Alex Gibney’s collaborators on No Stone Unturned Trevor Birney and Barry McCaffrey had their homes and office raided by more than 100 police officers. The filmmakers were brought in for questioning over material reported in the film No Stone Unturned. Gibney is also being sought for questioning in the United Kingdom with the threat of possible arrest. He described the stakes in an interview with Deadline. He fears the tactics are meant to scare off other journalists from doing their job. Hear Gibney and Birney discuss the case and its implications at this special screening.

Investigative documentary filmmaker Alex Gibney—best known for 2008’s Oscar-winning Taxi to the Dark Side, Enron: The Smartest Guys in the Room, and at least a dozen others—turns his sights on the 1994 Loughinisland massacre, a cold case that remains an open wound in the Irish peace process. The families of the victims—who were murdered while watching the World Cup in their local pub—were promised justice, but 20 years later they still didn’t know who killed their loved ones. Gibney uncovers a web of secrecy, lies, and corruption that so often results when the powerful insist they are acting for the greater good.

Alex Gibney interview on No Stone Unturned (The Guardian, Nov 3, 2017)