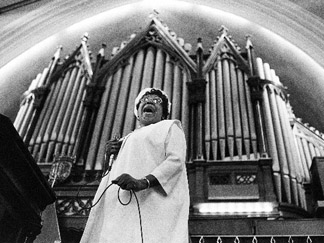 Originally released in 1982, SAY AMEN, SOMEBODY is an uplifting film that captures the lives and careers of some of gospel music’s most luminous artists including Thomas A. Dorsey, Willie Mae Ford Smith and her long-time rival Sallie Martin, The Barrett Sisters, The O’Neal Twins and Zella Jackson Price. Roger Ebert said of the film, “Say Amen, Somebody is one of the most joyful movies I’ve ever seen.” And The New York Times raved, “The beauty of gospel music comes shining through in ‘Say Amen, Somebody,’ a rousing documentary.”