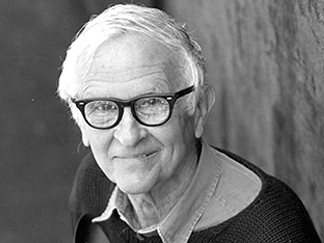 The name Maysles is almost synonymous with documentary film. Albert and his later brother David were pioneers of the modern form in classic films such as SALESMAN, GIMME SHELTER and GREY GARDENS. This special evening showcases two of Albert’s earliest works that have never been released on DVD and are rarely screened. Read the review in The New Yorker.

Film history books reference SHOWMAN as a crucial step forward in direct cinema, yet hardly anyone has a chance to see it. The film profiles film producer Joseph E. Levine, who had a reputation like Harvey Weinstein for mixing high-minded films with box office appeal. Levine was quoted saying, “You can fool all the people all of the time if the advertising is right and the budget is big enough.” He helped bring GODZILLA to America and orchestrated a marketing campaign for HERCULES that sold 25 millions tickets. Yet he also got behind films like Godard’s CONTEMPT and THE GRADUATE. In this behind the scenes look, we see him positioning Sophia Loren for an Academy Award for TWO WOMEN among other wheeling and dealing. The action moves from the beaches of the Cannes Film Festival to the Academy Awards to a revealing reunion in Levine’s hometown of Boston. It’s a treat for anyone interested in movies as a business, not to mention the breath-taking shots of young Sophia Loren.

As a bonus, STF will also screen PSYCHIATRY IN RUSSIA, the first film Al Maysles made after training as a psychologist himself. At the time, Russia was a mysterious world behind the Iron Curtain. Maysles tours its psychiatric hospitals comparing their Pavlovian theories to the west’s Freudianism. This early work demonstrates Maysles skill at capturing faces that have made him one of the most sought after cameramen to this day.