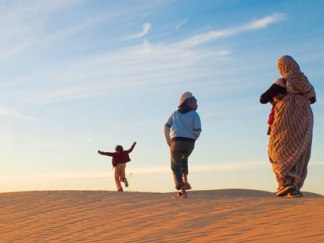 To learn about STOLEN’s fundraising campaign to bring more attention to the issue of slavery in the Sahara by getting their film into theaters in NY and LA, click here.

Co-presented with the African Film Festival