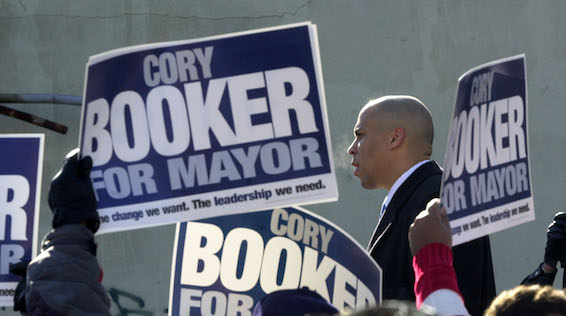 In anticipation of the coming mayoral election, we present the best political film of the year, the winner of Audience Awards at the Tribeca, Hot Docs and Silverdocs film festivals. Director Marshall Curry follows the hard fought Newark mayoral campaign of 2002, pitting the challenger Cory Booker against incumbent Sharpe James. Here’s what some of the critics had to say:

Variety – John Anderson
“It’s a hard fast film that needs airing now… Street Fight is briskly edited, imaginatively scored by James Baxter and vastly entertaining… Even if you know the outcome, Street Fight will keep you on the edge of your seat.”

Visit the film’s official website and learn more about the director: www.marshallcurry.com/