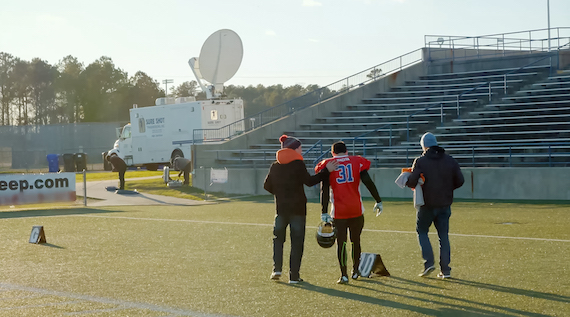 The HBO Sports documentary Student Athlete is an examination of the complex rules of amateur athletics in America and how they affect uncompensated athletes and their families. From LeBron James and Maverick Carter’s SpringHill Entertainment and Steve Stoute’s United Masters, Student Athlete unveils the exploitative world of high-revenue college sports through the stories of four young men at different stages of their athletic careers, as well as a coach-turned-advocate and a whistle-blowing shoe rep who exposes the money trail.

Following these young men for two years in a verite style, from high school to five years after college, this film leaves the audience with a clear, personal understanding of how amateur athletics affects uncompensated athletes and their families. The documentary spotlights: former college and NFL coach John Shoop; New Jersey high school basketball phenom Nick Richards, now at the University of Kentucky; Mike Shaw, who played at the University of Illinois and Bradley University; Shamar Graves, a former wide receiver at Rutgers University; and Silas Nacita, a walk-on who played at Baylor University.