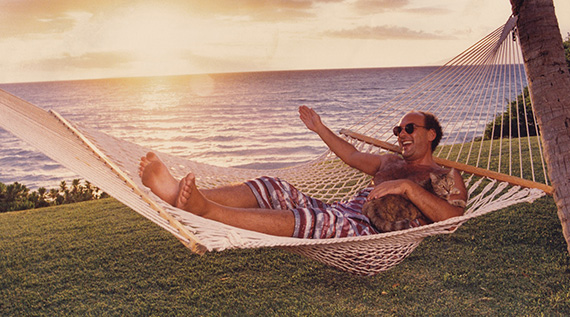 In his directorial debut, Mike Myers brings a comic touch to documenting the astounding career of consummate Hollywood insider Shep Gordon. Making playful use of archival footage, new interviews, and his own close relationship with the legendary talent manager, Myers reveals a man who has embraced his dualities: a harddriving dealmaker who wants everyone to be happy, a rock ‘n’ roll hedonist who yearns for a family. Against a backdrop of debauchery, he’s a man on a spiritual quest. These contradictions make him a fascinating documentary subject.

Shep launched his career after a chance encounter with Janis Joplin and Jimi Hendrix. He went on to manage an eclectic list of musicians including Alice Cooper, Blondie, and Anne Murray. He produced films and even helped develop the celebrity chef movement.

Myers first met Shep when negotiating a song for use in Wayne’s World. Their long-time friendship gives us the feeling of eavesdropping on close confidants. Adding to the story are lively conversations with Alice Cooper, Michael Douglas, Sylvester Stallone, Anne Murray, Willie Nelson, Emeril Lagasse and more. The film delivers on behind-the-scenes gossip and insights, but goes beyond the normal showbiz biography, offering deeper reflection on the big questions of life. Shep is especially moved when he discusses being a guardian to four children, his relationship with the Dalai Lama and his philanthropy for the Tibet Fund.