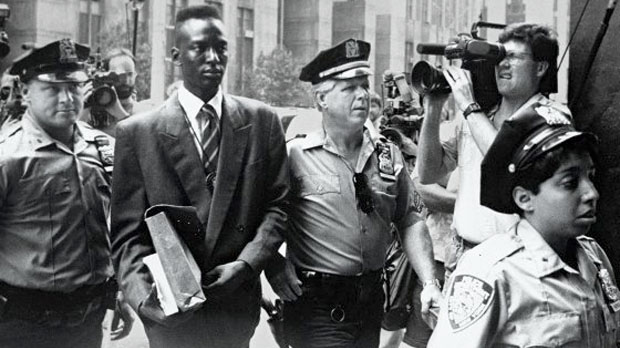 “Infuriating… A concise, informative and upsetting chronicle of a crime.” A.O. Scott, The New York Times

Two members of the Central Park Five, Yusef Salaam and Korey Wise, will participate in a Q&A at this special Thursday night STF screening. It makes for timely viewing given that Mayor Bill DeBlasio has pledged to work towards a settlement on their case.

In 1989, five black and Latino teenagers were arrested and charged with brutally attacking and raping a white female jogger in Central Park. News media swarmed the case, calling them a “wolfpack.”  The five would spend years in prison for a crime they didn’t commit before the truth about what really happened became clear. With THE CENTRAL PARK FIVE, this story of injustice finally gets the attention it deserves. Based on Sarah Burns’ riveting book and co-directed by her husband David McMahon and father, the acclaimed doc filmmaker Ken Burns, this incendiary film tells the riveting tale of innocent young men scapegoated for a heinous crime, and serves as a mirror for our times.

Read about the film’s 2012 premiere at DOC NYC, the first gathering of all members of the CENTRAL PARK FIVE since their trial, in The New York Times.