THE EDUCATION OF SHELBY KNOX 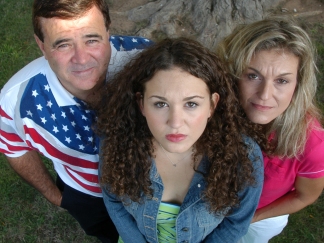 THE EDUCATION OF SHELBY KNOX has been a consistent hit with audiences – from winning the cinematography prize at 2005 Sundance Film Festival to its recent acclaim in The New Yorker article “Red Sex, Blue Sex.” The film gets to the core of the debate over sex education in America. At this special STF screening, Shelby Knox will join the filmmakers for a Q&A, updating her life since the events of the film.

Here’s the film description by Margaret Talbot in The New Yorker:

A terrific 2005 documentary, “The Education of Shelby Knox,” tells the story of a teen-ager from a Southern Baptist family in Lubbock, Texas, who has taken a True Love Waits pledge. To the chagrin of her youth pastor, and many of her neighbors, Knox eventually becomes an activist for comprehensive sex education. At her high school, kids receive abstinence-only education, but, Knox says, “maybe twice a week I see a girl walking down the hall pregnant.” In the film, Knox seems successful at remaining chaste, but less because she took a pledge than because she has a fearlessly independent mind and the kind of parents who”~despite their own conservative leanings”~admire her outspokenness. Devout Republicans, her parents end up driving her around town to make speeches that would have curled their hair before their daughter started making them. Her mother even comes to take pride in Shelby~s efforts, because while abstinence pledges are lovely in the abstract, they don~t acknowledge “reality.”