THE KIDS GROW UP 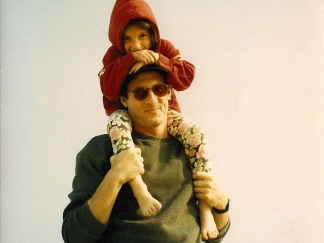 In his previous documentary, the internationally acclaimed 51 BIRCH STREET, Doug Block looked at his parents’ seemingly ordinary marriage and uncovered a universal story about an archetypal, post-WWII, suburban family. THE KIDS GROW UP is a follow-up and companion piece in which Block turns his lens on his family once more, this time from his own vantage point as a parent, to tell a larger story about fathers and daughters, marriage and modern-day parenting.

Lucy Block is the filmmaker’s only child and, from the moment of her birth, Doug has documented much of her life &”8211; and their relationship &”8211; on camera. Fluidly moving back and forth in time over the course of the film, we see Lucy transform from precocious child to serious and self-possessed young woman literally before our eyes. We also observe the eternal father-daughter struggle of control versus independence play out through the camera with great warmth and humor.

Told from Block’s engaging first-person perspective, THE KIDS GROW UP is a rarity among documentaries. Sons and daughters frequently make films about their parents (including Block himself). This time a parent is making a film largely about his child. And since Lucy is among the first generation of children that grew up with digital camcorders, it may be the most in-depth, longitudinal portrait of a little girl growing into adulthood ever captured on film.

But just as Lucy is but one member of a family, her story is only the central focus of a larger one about the joys and angst of parenting and the aging of the baby boomer generation. As Doug Block struggles, often less than gracefully, with letting go of his daughter, a very personal experience once again takes on a universal dimension. And in the end, THE KIDS GROW UP is not just Lucy’s coming of age story but very much her father’s as well.

Catching up on STF: Horses, Family Affair, The Kids Grow Up