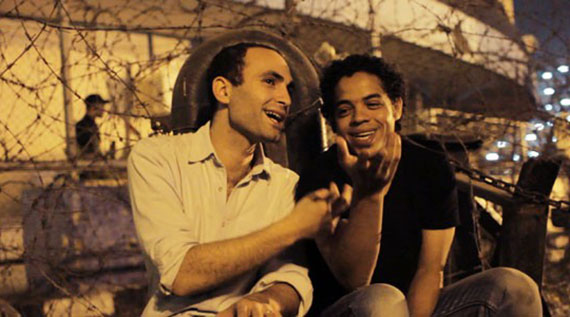 This documentary epic is the result of director Jehane Noujaim (Control Room) and her crew’s dogged chronicling of activism, unrest and revolution in Cairo’s Tahrir Square.

For more than two years, Egyptians have turned out in massive numbers to occupy Cairo’s Tahrir Square and demand change from their leaders. During the many dramatic shifts over that time, director Jehane Noujaim and her crew have captured what’s happened in the square through the eyes of several young revolutionaries. They range in background from poor to privileged and secular to religious. Their multiple viewpoints are revelatory whether you’ve followed these events closely or not at all.

This past January at the Sundance Film Festival, Noujaim screened a work-inprogress that, despite its unfinished state, won an Audience Award. Her team continued filming this summer to capture pivotal moments for her main subjects against the backdrop of protests that led to the overthrow of President Mohamed Morsi.

The film plays like an epic with multiple real-life characters, scenes of intense action, and suspense. The passions of people fighting to improve their country are infectious. Among those we meet starting in 2011 are Ahmed, a charismatic example of Egypt’s disenfranchised youth; Magdy, a member of the Muslim Brotherhood; and Khalid Abdalla, an accomplished actor (who starred in The Kite Runner) putting his career on hold to document the revolution. We watch them experience the euphoria of bringing an end to the corrupt thirty-year regime of President Hosni Mubarak. Then we see the shifting of alliances among the power centres of the military, the Muslim Brotherhood and secularist revolutionaries. Each group struggles to gain control of the square amidst tear gas, tanks and live ammunition.

What comes next for Egypt remains to be seen. But to gain insight on what’s happened so far, The Square is essential viewing.