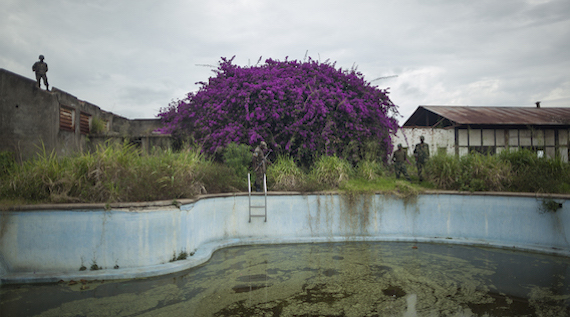 This is Congo is a highly-immersive, unfiltered look into one of the longest conflicts in the world. The Democratic Republic of the Congo has seen more than five million conflict-related deaths, several regime changes and the wholesale impoverishment of its people in the past two decades. Yet it receives scarce attention in the American press. Director and cinematographer Daniel McCabe helps to illuminate what’s happening in the country by following characters on multiple sides of its conflict.

The film made its debut at the Venice Film Festival where Variety critic Guy Lodge wrote that the film “excels when trading in details that can’t be more substantively gleaned from written history and journalism. McCabe’s film plainly conveys the persistent panic of living to a soundtrack of bullets, countered with the shrugging acceptance of destruction. In one of its most beautiful and disquieting images, children make a veritable jungle gym of a crashed plane, their undimmed life making the best of the region’s ghosts.”

This is Congo played to a sold out audience at DOC NYC. Now we bring it back for an encore screening.