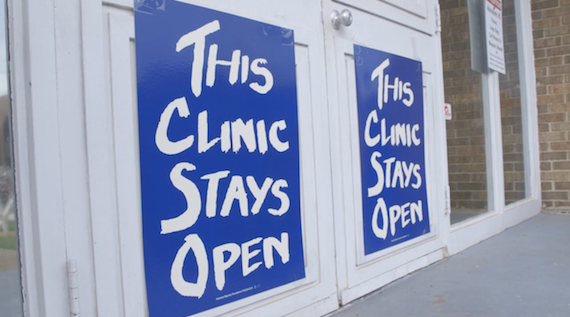 Dawn Porter, the award-winning filmmaker of Gideon’s Army, returns with her new film Trapped fresh from winning a Special Jury Prize at the Sundance Film Festival. She’ll be joined at this screening by David Brown, staff attorney at the Center for Reproductive Rights, who is one of the lead litigators in the Supreme Court case on abortion access.

U.S. abortion clinics are fighting to survive. Since 2010, hundreds of laws regulating abortion clinics have been passed by conservative state legislatures, particularly in the south. These restrictions, known as TRAP laws (or Targeted Regulations of Abortion Providers) are spreading across America.

Faced with increased costs of compliance and the alarming fear of violence from protestors, the stakes for the women and men on the frontlines couldn’t be any higher. As the battle heads to the U.S. Supreme Court, Trapped follows the struggles of the clinic workers and lawyers fighting to keep abortion safe and legal for millions of American women, many of them poor and uninsured.