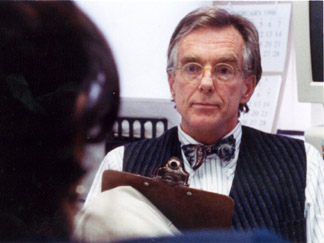 Evocative, captivating and utterly unforgettable, the critically acclaimed Sundance Film Festival hit from 2000 candidly explores the proceedings behind the American political asylum system. Who is deemed worthy of political asylum in the United States? Who decides? The filmmakers got extraordinary access to the inner workings of the Immigration and Naturalization Service pre-9/11. One doubts the same access would be granted today. The asylum-seekers are at once hopeful and heartbreaking. As asylum officers struggle to determine credibility, balancing sympathy with good sense and tough-mindedness, their hard-made decisions hold a mirror to the broader, controversial role of the United States in the world at large. Hear the directors talk about the making of the film in the Q&A.