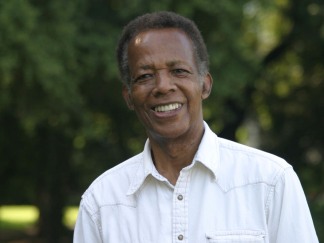 STF honors the pioneering filmmaker William Greaves by showing clips from his work and hearing from his friends and colleagues. Greaves is known as the dean of African-American documentary makers for his ground-breaking productions such as BLACK JOURNAL on PBS and the feature-length ALI THE FIGHTER. He stretched the boundaries of narrative with his cult classic SYMBIOPSYCHOTAXIPLASM: TAKE ONE and his follow-up collaboration with Steve Buscemi SYMBIOPSYCHOTAXIPLASM: TAKE 2 1/2.

Don’t miss this chance to experience a capsule history of black documentary making through four decades of very rare clips. The night will include a panel discussion with Elvis Mitchell (host of HBO’s THE BLACK LIST and TCM’s UNDER THE INFLUENCE), Sam Pollard (editor of WHEN THE LEVEES BROKE and CHISHOLM 72), Orlando Bagwell (director of EYES ON THE PRIZE and CITIZEN KING) and Thomas Allen Harris (director of TWELVE DISCIPLES OF NELSON MANDELA), along with William Greaves in person.

The night is co-presented by the Black Documentary Collective and the Full Frame Documentary Film Festival which hosted a retrospective to Greaves last year. Full Frame programmer Sadie Tillery and executive director Peg Palmer will be in attendance.


Get Tickets
Discussion with Greaves joined by Sam Pollard