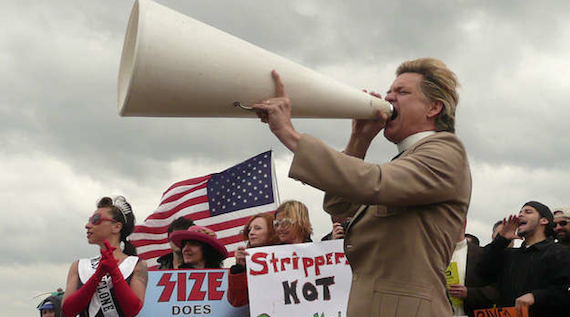 Peer under the tent flap of our splendid new civic order, and you’re guaranteed to see a disturbing sight: all the same failed policies of the past, lovingly preserved in formaldehyde.

That’s what I got from Amy Nicholson’s thoroughly enjoyable, thoroughly enraging new documentary, Zipper: Coney Island’s Last Wild Ride, which won a special jury prize last week at DOC NYC, New York’s Documentary Film Festival and is currently making the festival rounds. Ms. Nicholson was generous enough to open her film with a quote from me about the destruction of the old Coney, though I have no other association with the production.

What she and I do share is a deep resentment over what has been done to this iconic New York neighborhood under the guise of “improving” it. Ms. Nicholson’s movie centers around the travails of Eddie Miranda, operator of a single Coney ride, the “Zipper,” a carnival perennial that was one of some 42 profitable small businesses shuttered recently by the city’s developer partners after 38 years of operation. Much of Zipper involves the very human story of Mr. Miranda, his workers, and other small-time carnies as they face the end of an era, but the larger forces at play kept dragging Ms. Nicholson—a self-described political naïf—into the looking-glass world of New York development.