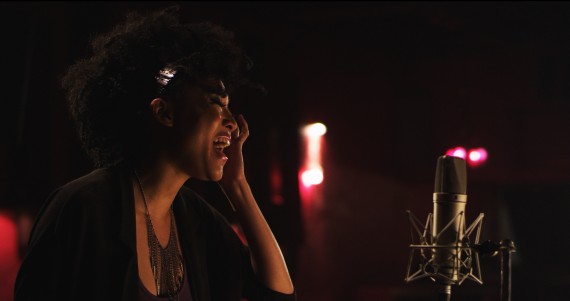 In the Guardian, THE ACT OF KILLING director Joshua Oppenheimer responded to the charge that his latest work was a snuff film. Oppenheimer also penned a piece for Indiewire in which he explained how the Oscar nomination for the film gave it a second life. U.K. distributor Dogwoof pulled out some of the best bits from a Reddit AMA held with Oppenheimer and producers Errol Morris and Werner Herzog. At Indiewire, Eric Kohn made a case for why THE ACT OF KILLING was the most important film in the Oscar race this year. Writing for the New York Times, Joe Cochrane reported that Oppenheimer’s film had yet to stir a public debate in Indonesia.

Adam Benzine of Realscreen reported that Jehane Noujaim’s film THE SQUARE had been distributed for free in Egypt on YouTube. In other distro news, Realscreen’s Kevin Ritchie reported that BBC Worldwide acquired the Jared Leto helmed doc ARTIFACT and Dave Grohl’s film SOUND CITY. At The Hollywood Reporter, Pamela McClintock reported that Participant and FilmBuff had purchased U.S. rights for INTERNET’S OWN BOY: THE STORY OF AARON SWARTZ. Writing for Indiewire, Paula Bernstein reported on the unusual distro strategy employed for the film AS THE PALACES BURN.

The IFP is currently seeking first-time filmmakers with features in post-production (rough assembly through fine cut) for this year’s Independent Filmmaker Labs. Their deadlines to submit are March 7 for the Documentary Labs and April 4 for the Narrative Labs. For more information, please go to their website here.

In a review at Nonfics.com, Christopher Campbell wrote on KIDS FOR CASH, giving the Robert May-directed film four stars. Campbell also rounded up a list of films hitting theaters this week, including FATAL ASSISTANCE. And in yet a third post, Campbell shared some of his top films available at home via various media.

The Scottish Documentary Institute turned out its latest podcast, this one focusing on Boris Mitic.

Writing for the International Documentary Association (IDA) website, Ron Deutsch took a look at some of the best music-focused docs out there.

Over at RogerEbert.com, Emma Myers wrote up the biographical films that hit the Sundance Film Festival this year.

Stephanie Brown issued a report on the Media That Matters festival hosted by the Center for Media & Social Impact out of American University.

At The Dissolve, critic Nathan Rabin looked back at the 1999 cult doc AMERICAN MOVIE

Jason Nolte of The Street considered the impact that streaming distribution has had on documentary films.

Writing for Movie Morlocks, R. Emmet Sweeney issued a recap of the Documentary Fortnight program hosted at the Museum of Modern Art.

Back at Indiewire, Mira Burt-Wintonick, the daughter of late documentary filmmaker Peter Wintonick, shared an account of her efforts to finish her father’s last film.

Finally, Tom Isler penned an article on the viability of a legal defense fund for documentary filmmakers for the Penn Program on Documentaries & the Law.

That does it for this week. Please send tips and recommendations for the Memo via e-mail here, or by Twitter to @GuerrillaFace.