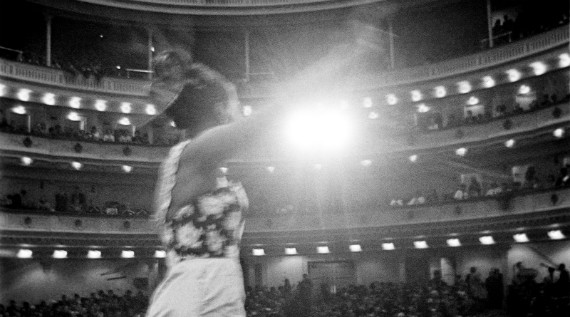 Last week AFI Docs Film Festival wrapped up and Monday morning the Audience Award winners were announced. Liz Garbus’ WHAT HAPPENED, MISS SIMONE? took home the Award for Best Feature, while the Best Short Award went to Blair Foster’s A CONVERSATION WITH MY BLACK SON. While it’s a quiet week on the festival front, Marjan Safinia’s ArcLight Documentary Series is scheduled to start back up next Tuesday, July 7th with David Osit and Malika Zouhali-Worrall’s THANK YOU FOR PLAYING screening at ArcLight Hollywood Cinemas.

Having been released worldwide on Netflix last Friday after debuting at Sundance earlier this year, Liz Garbus’ film has attracted quite a bit of attention this past week. WHAT HAPPENED, MISS SIMONE? was not only selected by Thom Powers and Raphaela Neihausen as WNYC’s Documentary of the Week, but it was featured by Soraya Nadia McDonald in The Washington Post, and was reviewed by Manohla Dargis in The New York Times, Brian Tallerico at RogerEbert.com, Odie Henderson in Movie Mezzanine, and even was written about by Garbus’ doc making peer Amy Berg at The Talkhouse. Commenting on the film herself, Garbus was interviewed by The Hollywood Reporter’s Chris Gardner.

Another Sundance debuted doc, Sacha Jenkins’ hip-hop fashion focused FRESH DRESSED hit theaters and garnered comparable coverage over the weekend, including a pair of features by Robin Givhan and Leanne Italie in The Washington Post. Jon Caramanica also reviewed the film for The New York Times, as did RogerEbert.com’s Odie Henderson, The Dissolve’s Keith Phipps and Dan Schindel for Movie Mezzanine.

Tony Rayns selected Alex Gibney’s GOING CLEAR: SCIENTOLOGY AND THE PRISON OF BELIEF as this week’s Sight & Sound Doc of the Week, as the film just hit theaters in the UK. Accordingly, David Jenkins reviewed the film for Little White Lies. At Variety, Gibney was found in video speaking about his latest film, STEVE JOBS: THE MAN IN THE MACHINE, while Carole Cadwalladr interviewed the filmmaker about GOING CLEAR for The Guardian.

According to Cineuropa’s Joseph Proimakis, the Thessaloniki Documentary Festival is now accepting entries for the 2016 edition of the Greek doc fest. On the development end of the spectrum, the international doc marketplace Sunny Side of the Doc took place this past week in La Rochelle. Fabien Lemercier reported on the event for Cineuropa, while Domenico La Porta interviewed Yves Jeanneau, the CEO of the event, for the same outlet. Kevin Ritchie also covered the event happenings for Realscreen.

In a pair of insightful pieces at Indiewire, Eric Hynes posted a brief transcript of a short play that was performed by Oscar-winning producer Simon Chinn at Sheffield Doc/Fest’s Market Place Live a few weeks back, while Paula Bernstein reported why Brent E. Huffman’s documentary SAVING MES AYNAK will be distributed for free to the people of Afghanistan thanks to Kartemquin Films.

The New York Times Op-Docs series received a pair of new entries this past week in David Thorpe’s WHO SOUNDS GAY? and Genéa Gaudet’s ELDER: A MORMON LOVE STORY, both of which are free to watch at the links. Similarly, Vice posted a new short by the Angulo brothers (subjects of THE WOLFPACK) titled MIRROR HEART. And lastly, Nicholas Laskin reported on a newly available TAXI DRIVER making-of doc for Indiewire.