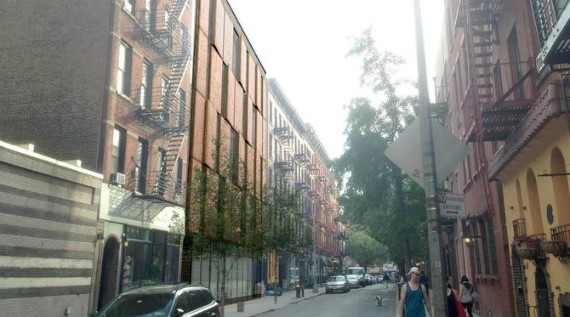 The New York Film Festival also released their Spotlight on Documentary lineup this past week via the Film Society of Lincoln Center. Both Gordon Cox of Variety and Benjamin Lee of The Guardian reported on the announcement, each noting the inclusion of a series of shorts by Laura Poitras and a preview of her upcoming series, ASYLUM.

Though WNYC’s Documentary of the Week selection was James Keach’s GLEN CAMPBELL…I’LL BE ME, the most written about doc this week was undoubtedly Maíra Bühler and Matias Mariani’s Brazilian oddity I TOUCHED ALL YOUR STUFF. Reviewed in print in The New York Times by Nicolas Rapold and Martin Tsai in The LA Times, the film also gleaned coverage from Joshua Brunsting at Criterion Cast and Mark Dujsik at RogerEbert.com. Next in command this week was a cinematic profile of Julius Rosenwald in ROSENWALD from director Aviva Kempner. The film received a feature in the LA Times from Susan King, as well as a review from Kenneth Turan. Michael O’Sullivan of the Washington Post also reviewed Kempner’s latest.

Alex Gibney’s latest, STEVE JOBS: THE MAN IN THE MACHINE earned a pair of articles from Steven Zeitchik in The LA Times and John Anderson in Time. Also in The LA Times, Kenneth Turan reviewed Hubert Sauper’s WE COME AS FRIENDS, noting that “his latest trip to Africa (following the Oscar-nominated DARWIN’S NIGHTMARE) is so audacious that the Sundance Film Festival created a World Cinema Documentary Special Jury Award for Cinematic Bravery just for him.” Actress Eszter Balint also ruminated on the film at The Talkhouse, while CUTIE AND THE BOXER producer Sierra Pettengill commented on J.P. Sniadecki’s THE IRON MINISTRY at the same publication. And finally at The Guardian, Ed Vulliamy wrote at length about Matthew Heineman’s remarkable CARTEL LAND and Caty Enders featured Jimmy Chin and Elizabeth Chai Vasarhelyi’s mountain climbing doc MERU, concluding with a list of five other climbing films to check out.

Though there weren’t any new Op-Docs posted at The New York Times this week, Heather McIntosh reflected on utilizing the series as a teaching tool this past year at POV’s Documentary Blog. And looking further back, Matt Brennan wrote a remarkable piece at Flavorwire on the non-fiction films that resulted from Hurricane Katrina and its aftermath.

That’s it for this week! If you have any tips or recommendations for the Memo in the meantime, please contact me via email here, or on Twitter, @Rectangular_Eye. I look forward to hearing from you!