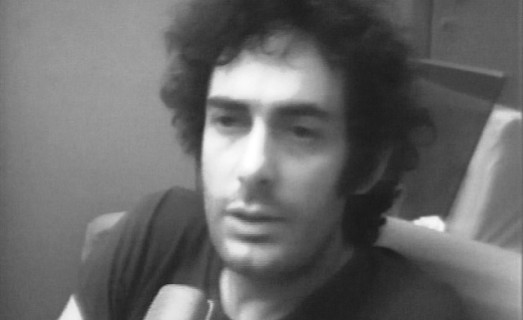 In distro news, Kevin Ritchie of Realscreen reported that Oscilloscope Laboratories had acquired U.S. rights to the film PULP: A FILM ABOUT LIFE, DEATH AND SUPERMARKETS from director Florian Habicht. Eric Eidelstein of Indiewire also had the news. Dave McNary of Variety reported that Dana Ben-Ari’s film BREASTMILK had been picked up by Cavu Pictures.

Christopher Campbell of Nonfics.com released his list of top home picks for the doc world. In a separate post, he also highlighted some of the docs hitting theaters this week.

At Realscreen, Adam Benzine reported on a new nature documentary being created for the Oculus Rift virtual reality platform titled CONQUEST OF THE SKIES.

Tom Roston spoke with THE TRIALS OF MUHAMMAD ALI director Bill Siegel in a post for the POV blog. The film airs on the PBS show Independent Lens on Monday, April 14 at 10 p.m. EST, and will be available to watch online at the same time.

LA CAMIONETA director Mark Kendall was named one of the Guggenheim Fellows for 2014; his current project focuses on a small Swedish town in the arctic circle.

Back at Indiewire, Eric Eidelstein reported on the winners of grants from the San Francisco Film Society Documentary Fund.

At POV, Tom Roston highlighted the film FLEX IS KINGS, which showed at the Tribeca Film Festival last year and is currently in a limited theatrical run.

Writing for the DocGeeks blog, Hazel Pfiefer reviewed NELSON MANDELA: THE MYTH & ME.

At the IDA website, Frako Loden profiled the masters program in social documentation at the University of California, Santa Cruz.

The DOXA Documentary Film Festival released its 2014 film programming schedule, which can be viewed here.

David Kluft wrote a piece on whether doc filmmakers are protected by the First Amendment when lying to subjects for the Trademark and Copyright blog.

In a piece at MIT’s Open Doc Lab, Arnau Gifreu Castells shared a new resource that could be used to understand interactive documentary.

Please send any tips or recommendations for the Memo by e-mail here, or via Twitter to @GuerrillaFace. Thanks, and have a great week!