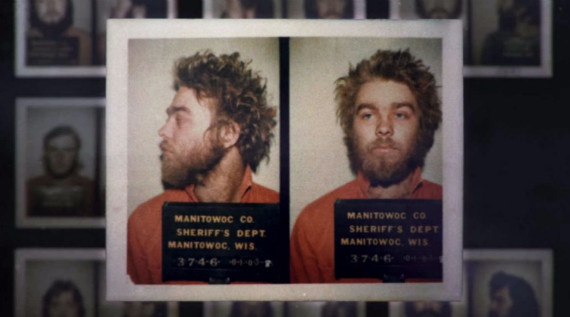 Sadly, the year’s end was not completely full of good cheer as Jeff Wexler, son of Haskell Wexler, shared the news that his father passed away at the age of 93 on  December 27th. Following the news, Variety’s Richard Natale, Film Comment’s Steven Mears, Vulture’s Greg Cwik and The New York Times’ John Anderson each wrote memorial pieces on the late cinematographer and documentarian.

According to the entire web, the only film worth writing about over the holidays was Moira Demos and Laura Ricciardi’s Netflix serial MAKING A MURDERER, released as a whole just two weeks ago. Inspiring outrage at the injustices of the US justice system, The Independent’s Doug Bolton reports that over a 100,000 people have signed a pair of petitions demanding a presidential pardon of the series’ unfortunate subject, Stephen Avery. Following the success of the series, Avery’s prosecutor, Ken Kratz made claims against the series’ depiction of evidence in the case, according to Tara Fowler in People, while the filmmakers responded to these claims via Daniel Holloway at The Wrap. Taking a behind-the-scenes look, Mekado Murphy wrote a piece on the series’ lengthy production for The New York Times. His colleague Kathryn Shattuck drummed up a host of theories on what exactly happened in this case, as did Joe Otterson of The Wrap and Saba Hamedy on Mashable. The Guardian also published a pair of pieces by Dave Schilling and Colin Horgan whom comment on the internet’s interest in the case, noting “the internet’s judgment will not fix a broken legal system.” Fittingly, Andrew Griffin of The Independent has reported that the online hacker group Anonymous has made Avery’s case their latest target to crack, posting that they’ve already discovered new evidence that will be released in the new future.

As the holidays wind down, filmmakers in development have received a pair of New Year’s opportunities, as both the Hot Docs Forum (submissions due January 11, 2016) and Full Frame’s Garrett Scott Documentary Development Grant (applications due by February 5, 2016) are now accepting submissions. In the same vein, Cineuropa reports that the Trieste Film Festival’s When East Meets West co-production forum has selected 10 documentary features for development.

Rounding out this New Year’s edition, Girish Shambu and Adrian Martin have released the latest issue of LOLA Journal, which includes a pair of in-depth pieces by Joseph Mai, on Wang Bing’s ‘TIL MADNESS DO US PART, and James Harvey-Davitt, on the close-ups of Otis Redding in D.A. Pennebaker’s classic MONTEREY POP. Until next week, if you have any tips or recommendations for the Memo, please contact me via email here, or on Twitter, @Rectangular_Eye.