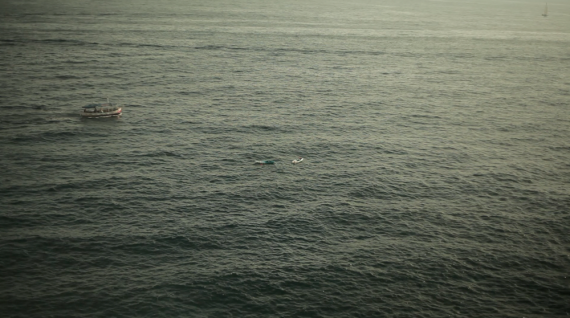 The filmmaker Jill Godmilow wrote a critique of THE ACT OF KILLING that was published in Indiewire. At Indiewire, the writer Anthony Kaufman also wrote a piece distilling the six warnings for filmmakers that Godmilow had included in her post.

Todd Spangler of Variety reported on the news that Vimeo had pledged $10 million to fund filmmakers via its VOD platform, and Scott Macaulay of Filmmaker Magazine spoke with some Vimeo execs about the development.

The Full Frame Fest announced part of its lineup this week, with Ziyad Saadi of Indiewire and Manori Ravindran of Realscreen reporting on the details.

The film PARTICLE FEVER from director Mark Levinson hit theaters this week, earning reviews from Josh Modell of the A.V. Club, A.O. Scott of the New York Times and Scott Tobias of The Dissolve.

The Art of The Real series announced its full lineup, which includes LA ULTIMA PELICULA from Raya Martin and Mark Peranson, as well as ACTRESS from Robert Greene. The series runs from April 11 – 26 at the Film Society of Lincoln Center.

The Tribeca Film Festival announced the list of films that made the cut for its World Documentary Competition this year. Kevin Ritchie of Realscreen had details on the competition titles. Realscreen colleague Adam Benzine reported that THE COVE director Louie Psihoyos was set to screen follow-up work-in-progress 6 at Tribeca.

The Karen Schmeer Editing Fellowship named Colin Nusbaum as its latest fellow. Nusbaum wrote a post on the fellowship’s blog detailing his path to documentary.

Manori Ravindran of Realscreen reported that Hot Docs had named a few of the films making it to their festival this year. Ravindran also wrote a piece remembering Alan Renais, the director of NIGHT AND FOG who passed away at the beginning of March.

Over at the POV blog, the POV Hackathon put out a call for respondents for its 5th and 6th hackathons, set to take place in New York City and Los Angeles. Also at the POV blog, Shannon Carrol shined a light on the practices of Catch & Release, which attempts to give filmmakers a way to monetize their footage. POV also announced a partnership with the New York Times this week, intended to give viewers a choice of online documentaries. In the first collaboration, Emma Dessau interviewed Times columnist Dan Barry and video journalist Kassie Bracken about their project THE MEN OF ATALISSA.

At Nonfics.com, Christopher Campbell named a few of the docs hitting theaters worth keeping tabs on. In a separate post, Campbell also shared his list of top home picks.

Anthony Kaufman wrote a farewell post for his last Docutopia column at SundanceNOW in which he provided a list of lessons learned from covering docs.

In a piece for Film School Rejects, Christopher Campbell wondered if high-profiled documentary TV series would supplant feature films over the coming years.

Back at the POV blog, Tom Roston reported on Jonathan Murray gifting the University of Missouri almost $7 million in funds to establish a documentary program at the school.

Writing for Filmmaker Magazine, Sam Cullman explained how music was used in his doc film ART AND CRAFT.

At the International Documentary Association’s website, Nayantara Roy wrote a piece with some advice on how to sell your documentary.

Back at Indiewire, George Barnes and Susan Jacobs made their case for why an app was a necessary complement for a social issue doc.

In the latest Filmwax Radio podcast, Adam Schartoff spoke with several members of the Brooklyn Filmmakers Collective, including Iva Radivojevic and Alex Mallis.

In a piece for The Knowledge Online, Paul Banks listed the top five filmmaking books for documentaries (scroll past filmmaking and shorts for the good stuff).

The online forum/resource for documentary filmmakers, The D-Word, is in the midst of a fundraising campaign to improve the site. To find out more information or to donate, please go here.

Finally, April Fehling of NPR reported that the world lost Stefan Kudelski, inventor of the portable Nagra audio recording system that made observational cinema possible, passed away last week from

That does it for this week. To submit tips or recommendations for the Memo please e-mail them here, or send them via Twitter to @GuerrillaFace. Thanks and have a great week all.