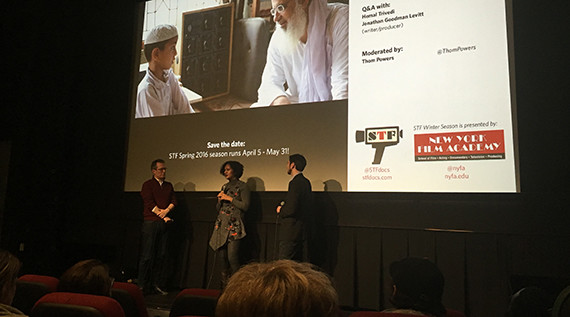 With the daily headlines that terrorist groups like ISIS make, AMONG THE BELIEVERS provides a timely look into the ideological battles shaping modern society in the Greater Middle East. The film mirrors a kind of case study, tracing the links between poverty, education and the radicalization of our future generations, as displayed by Pakistan’s Red Mosque network of Islamic seminaries. With unfettered access, the documentary shines light at the heart of militancy in the heart of Pakistan’s capital.

During Tuesday’s closing night of the Stranger than Fiction series, director Hemal Trivedi and producer Jonathan Goodman Levitt took the stage to explain the genesis of their illuminating film, which charts the mission of the Red Mosque’s chief cleric, Maulana Abdul Aziz Ghazi, alongside the stories of two of his young students.

“They’re really malleable at this age,” says Aziz in a particularly arresting scene highlighting the vulnerability of children sucked into the well-financed madrassa system.

Director Hemal Trivedi explained to audiences that the idea for AMONG THE BELIEVERS came following the 2008 Mumbai terrorist attacks, during which a friend of hers was killed.

Trivedi explained that her anger against Pakistan was so great that she wanted to dig deeper into the root of her anger, and hence the root of extremism in Pakistan.

Trivedi also disclosed that initially she wanted to simply document a student of a madrassa and a student attending a public school, and that it was a coincidence that both students she ended up following had ties to the Red Mosque. This is when she knew she had to dig deeper into the institution.

Collaborating with Pakistani filmmaker Mohammed Ali Naqvi, it took the directors four years to gain access to the Red Mosque and its head cleric, Abdul Aziz.

With the film having screened at over 50 festivals around the world, Aziz (who maintains google alerts on his name) knows that the film is generating a lot of buzz. And while he gave the filmmakers the okay on all of his own scenes, he has yet to see the film in context. AMONG THE BELIEVERS has been rejected by multiple institutions in Pakistan due to security reasons.

It is also interesting to note that, aside from briefly mentioning the Cold War roots in the explosive growth of madrassas in the country, the film has no outside players.

“The problem is not ‘us versus them,’” Trivedi explained. “It’s a problem within their own society. I wanted to focus on this.”

With the documentary’s impressive clarity of focus, AMONG THE BELIEVERS clearly spells out that in order to more fully understand the blossoming of violence in Pakistani society, the roots must be examined. And thus the daunting task facing the nation becomes clear: the poverty to madrassa pipeline must be broken. 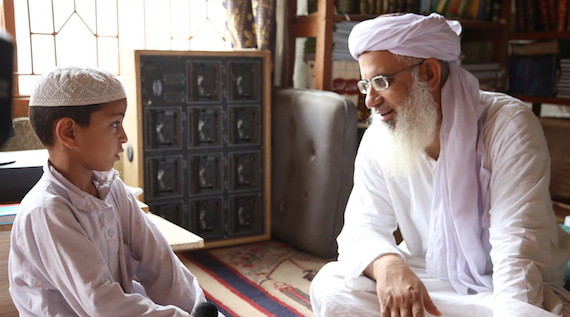