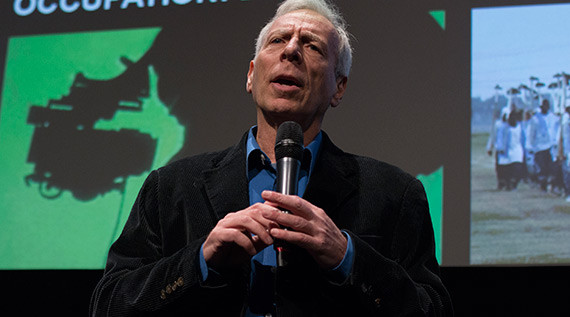 Director Marc Levin explains the 20+ year story of how he came to make the film, FREEWAY: CRACK IN THE SYSTEM. ©Lou Aguilar

Freeway Rick Ross’s job in south-central Los Angeles in the 1980s was to get as many people high as he could. However, the crack he sold had a much bigger story behind it, linking Ross to the CIA and the Nicaraguan Contra rebels.

In Tuesday night’s screening of FREEWAY: CRACK IN THE SYSTEM, audience members were introduced to Ross’s childhood, his booming drug empire, his demise, his redemption and a side story outlining his lawsuit with the famous rapper who shares his name. Getting involved with drug dealing early on in order to make a name for himself within a tough inner-city environment, Ross’s struggle to reclaim his name from the famed rapper by the film’s end seems fitting enough.

Following the screening, director and producer Marc Levin explained how he was first introduced to the idea about making a film exposing the U.S. government’s involvement in Los Angeles’s booming crack scene.

A media producer for Bill Moyers during the Iran-Contra affair hearings in the mid-80’s, Levin remembers hearing the chant, “CIA! Crack in America!” After meeting Gary Webb, the investigative reporter whose series of stories first examined the crack-cocaine trade’s links to members of the anti-government Contra rebels, he learned about Freeway Rick Ross.

Levin was eager to make a film about Ross, but there was one thing standing in the way: Ross’s life-in-prison sentence after purchasing 100 kilograms of cocaine from a federal agent in a sting operation.

“He was confident he was going to get out,” Levin said, while also admitting his own doubt in Ross’s capability of reducing the sentence.

However, against all odds, Ross’s case was brought to a federal court of appeals and his sentence was reduced to 20 years. In 2009, Levine received a call.

Levin explained how FREEWAY: CRACK IN THE SYSTEM is not only the story of a man who quite literally “finds the free way” during his path towards liberation, but also gives audiences a glimpse into how the system really works.
Some black men are still serving excessively long sentences in prison for minute possessions of cocaine in the 80’s which Levin describes as both a “tragedy and a travesty.”

“Part of the passion for wanting to [make this film] is because we are at a tipping point on the war on drugs and criminal justice reform,” Levin said. “It’s critical that as the #BlackLivesMatter movement continues, we understand what this injustice is rooted in.”

FREEWAY: CRACK IN THE SYSTEM will premiere in two parts on March 1st and March 8th on Al-Jazeera America. 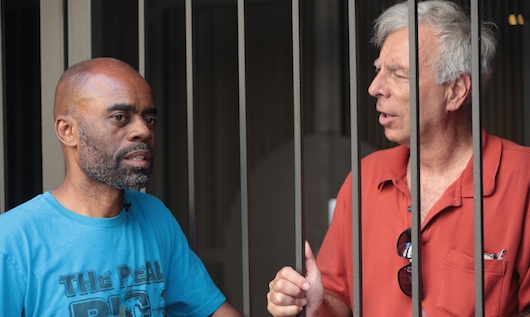 FREEWAY: CRACK IN THE SYSTEM