Demos & Riccardi highlighted the challenges of their 10-year journey and detailed how they got started. For access, Demos stressed the power of a heartfelt letter to film subjects. For building a rapport, Demos and Riccardi demonstrated their commitment to the story when they moved to Manitowoc to be a part of the community. For sticking to a grueling process that offered no guarantees of completion or distribution, production advisor Maureen Ryan told the filmmakers, “You’re doing this because you can’t not do it.” Furthermore, in addressing the obstacle of subject Steven Avery who was in jail, the director duo heeded Ryan’s advice by embracing the limitations of their narrative storytelling, and to “not just neutralize it, but use it to make your film unique.” Demos said, “It finally occurred to us that we have access to this character (Avery) through the phone, but we can’t reach him. What a perfect way to convey what it means to have a fully formed human being locked away. We don’t have access to him, and if we have the audience access that would be cheating, so we did learn to embrace it and make it part of the heart of the story.”

Powers asked editor Mary Manhardt what prominent visual themes stood out for her as she tackled an enormous editing process. “One thing really important to me and stood out to me was the footage of the salvage yard– to me it was such a powerful metaphor for people who society doesn’t care about–it’s just junk. That was a really great visual thing for me, it feels so haunted. Another thing we talked about is that it’s all the same place. It’s all these dairy farms and it’s the yard and it’s the same courthouse. Moira pointed out to me this morning that when Steven goes for his preliminary hearing he is sitting in the same chair that he sat in 20 years ago, it’s the same stuff. And that’s actually a strong visual metaphor of what’s actually going on here.”

Public awareness and education were prominent themes that emerged in the discussion about the film’s takeaways. The directors and Avery’s post-conviction lawyer Stephen Glynn provided concrete examples of what concerned citizens can do to equip themselves with information and ways to act. Glynn said, “We’re not aware of what public mechanisms are in place about how to engage,” and thus they suggested looking to organizations that already exist, such as the Wisconsin Innocence Project, as well as requesting published law enforcement standards for line ups. Glynn said “eyewitness IDs are the biggest problem,” and emphasized that concerned citizens should request that standards be made public if they aren’t already.

On the heels of Glynn’s response, both directors mentioned they hoped the audience would take away “the process of getting jurors to understand what reasonable doubt is,” and “a much greater understanding of these complexities.” That it’s not just evidence but so many other things at play, and questioning what truth and justice values look like, and the realization that “the truth doesn’t always emerge.” Glynn drove the point home that “the one change that needs to be made” [in the justice system] is instead of “guilty or not guilty,” the language should be “proven or not proven.” 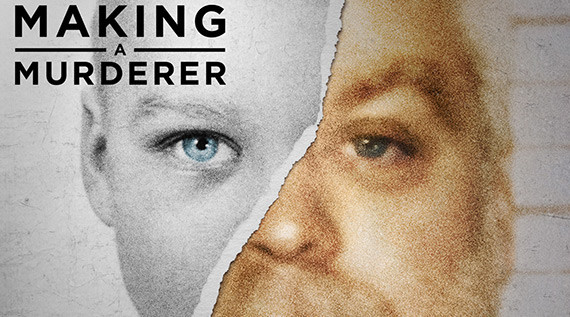