THE MIND OF MARK DEFRIEST: Prison as punishment 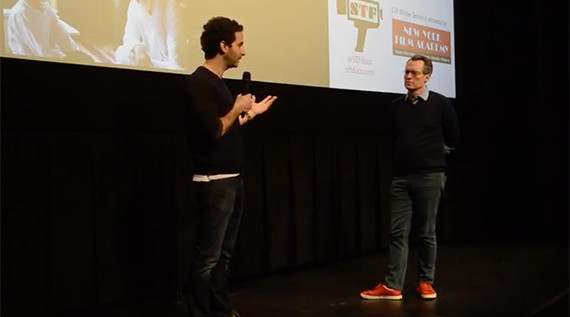 “My belief is that prisoners are sent to prison as punishment, not for punishment.”
–Former warden of Florida State Prison Ron McAndrew

Your father provided intelligence training to you. You’re so crafty you may as well be the love child of the CIA and Green Berets. Your mother may have inflicted Shaken Baby Syndrome on you. You used to frustrate her, and she was known for shaking it out of you. You’re 19. Your father dies. You pick up his tools he bequeathed to you, only, you have no idea what probate law is, and your stepmother calls the police. You’re arrested, because your father’s will has not been legally processed. Probate law is when a court accepts and validates a will. You never understand and register this concept. Local authorities are not concerned with your level of understanding and you’re arrested. All you know is that you don’t like jail and you want to get out. You begin a “war of irritation” to break out, and early on this includes LSD, a coffeepot, and a redhead. A psychologist comes into assess you. He doesn’t really like you because you’re a pain in the ass and people find your personality unpalatable. Several inmates and prison guards provide accounts of how crazy you are, but you’re so clever the psychologist Dr. Berland says you are faking it, and you can stay in jail. And so you plot. You might have brain damage, so you have no idea what is beyond the walls, or what you will do when you’re out.

Using fragments of animation to manifest the frenetic energy of what director Gabriel London calls a “comic book style size of life,” THE MIND OF MARK DEFRIEST surpasses every possible threshold of pain that has a conceivable expression within the human condition. The film is the culmination of a 14-year process that began when director Gabriel London started researching the nationwide issue of prison rape. After connecting with the organization “Stop Prison Rape,” London poured through 15 years of letters from escape artist Mark DeFriest. Known as Houdini for his escape attempts and jailbreaks, DeFriest was thrown into solitary confinement for 26 out of his 30 years (and counting) in prison. DeFriest has been tortured, brutally gang-raped, and denied sunlight for years at a time. To survive in prison, heterosexual DeFriest created an alterego, “Wendy,” and dressed the part for protection. He witnessed the brutal murder by correctional officers of Frank Valdez and was transferred to a new prison for protection. Time and time again, the Florida Commissioners reviewing his parole of near perfect behavior after decades of escapes hemmed and hawed because his punishment wasn’t enough. Former Florida State Prison Warden Ron McAndrew says in the film, “We turned a low level non-violent offender into what Mark has become. We failed Mark DeFriest.”

THE MIND OF MARK DEFRIEST is a carnival mirror that reveals back to the viewer a dangerously distorted reflection of inflated authoritarianism. DeFriest is just one example of the price that is paid when an egregious imbalance of attention is placed, even celebrated, on myopic thinking and brute force. It’s a living breathing nightmare of when figures of authority actively disregard their limited understanding of intellectual and emotional mental health, and invalidate the foundations of justice they purport to uphold.

THE MIND OF MARK DEFRIEST provokes many questions, and in person for a post-screening Q&A, London did not disappoint. Dynamic and motivating, the conversation among the STF audience was thoughtful and animated. Audience members agreed that DeFriest seemed rational to want to get out of jail, considering the conditions, and applauded his resilience. The audience learned that advances in DeFriest’s case were mostly due to London, including involving Dr. Berland, who reversed his original decision in 1981 to help Mark over the last few years. On Dr. Berland, who regrets his initial decision, London said, “If I hadn’t called him, he wouldn’t have had any occasion to know anything about Mark DeFriest again. You know he had left that behind. So it’s kind of an interesting component of what happens when you turn the camera on, I mean people dance under the light. Who knows if the parole commission would have ever done anything kind for him, but when you kind of give them a platform, and enough evidence, an excuse to change their minds, then it becomes possible.”

In true STF form, options to take action and stay informed were provided. To stay current on Mark’s case and his upcoming parole, visit www.defriest.com. His next parole date is August 23, 2016. “Between now and then we have 6 months to convince California to not ask for him to come back–he owes them two years for weed and a handcuff key in the 2000’s when he was held there after Frank Valdez’s murder, and Alabama, he owes them 8 months for a car he stole on an escape. So that’s the role of the audience at this point, you can write letters to the states of California and Alabama on his behalf, or tell me anybody you know,” said London. “There are plenty of ways to influence it but it does have to do with there being a political will, both the federal level and at the state level to borrow from best practices in other places… Change is happening but it really does have to do with all of us being vigilant and keeping the pressure on.”

Videography by Skyler Reid, photographer and journalist based in NYC. 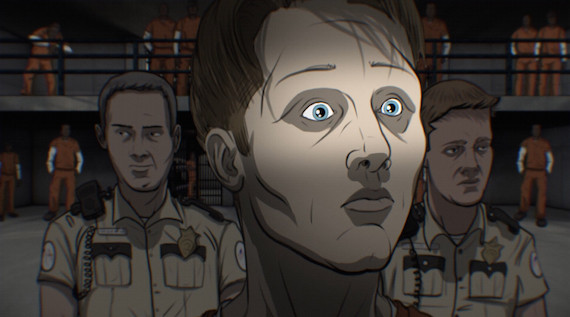 THE MIND OF MARK DEFRIEST