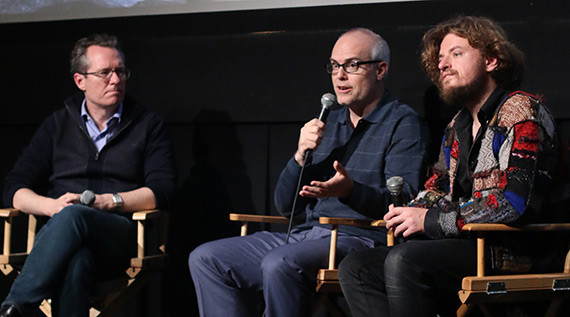 From 1976 to 1989, a strange tapping noise emitting from a Soviet channel was broadcast over a remote shortwave frequency, fueling Cold War paranoia and conspiracies around the world. Was the Russian Woodpecker, as the relentless ticking sound would come to be known, an attempt at subliminal mind-control, orchestrated by the Russians? Was it some kind of KGB morse code broadcast? For decades, the only thing that the could be clearly proven was that the sound originated from a massive antenna two miles away from the Chernobyl nuclear power plant.

In director Chad Gracia’s debut film THE RUSSIAN WOODPECKER, he follows eccentric artist Fedor Alexandrovich on a journey to find a connection between the Chernobyl nuclear disaster and the mystery of the Duga antenna. Alexandrovich was a child when the Chernobyl meltdown happened in 1986, and has nursed a growing fascination with it ever since, going to great lengths in the film to expose what he sees as a Soviet conspiracy of massive proportions.

Gracia met Alexandrovich while the two were working on a theater production together, and said that he initially thought the Duga film would only be about 5 minutes long. But as Alexandrovich became more obsessed with his theory, interviewing nuclear engineers and former Soviet bureaucrats, and digging into the history of Chernobyl and the Duga antenna, Gracia realized that the story warranted far more than a short film.

“I started this skeptically. I thought Chernobyl was an open and shut case,” Gracia said during the Q&A following Tuesday’s world premiere screening at the IFC Center. “But we talked to people – high ranking, knowledgeable people – and they all told us that something was being hidden.”

The journey to uncover what might be hidden behind the literal and figurative Iron Curtain of the Duga antenna, a gigantic structure that, according to Alexandrovich’s research was also a colossal and expensive failure, is the goal of the film. And while the mystery is never truly solved, Gracia says that the fact that so many questions are still unanswerable in the story of Chernobyl an important point he wanted to make in the film.

“To me, the film is really a psychological investigation,” he said. “It’s a symbol of the impossibility of getting to the truth in that part of the country.”

Alexandrovich, who made a special appearance at the IFC center for the screening, said that he was overcome with emotion the first time he saw the Duga antenna. Fueled by a relentless conviction and a deep personal and historical connection to the Chernobyl meltdown, he pursued what most would dismiss as a paranoid conspiracy theory.

“When I first met him, he told me that the Soviet Union was coming back, and everyone thought it was crazy,” Gracia said. “But he’s an artist, and he’s sensitive to things that most of us aren’t. He’s like an antennae himself.”

The search led Alexandrovich from the ruins of Chernobyl to the top of the Duga, and eventually to the battlefield at Maidan Square- the epicenter of the Ukrainian Revolution. Facing threats from shadowy police-operatives and worried warnings from his family, he pressed forward, convinced that he uncovered a dark secret that deserved to be told.

“If we only found one thing, it was a motive,” he said. “If there is motive, there can only be one answer, and that is not a conspiracy.”

Videography by Laura Beachy, a Brooklyn-based documentary filmmaker and digital branding specialist. She currently owns and operates Beachy Media a digital storytelling firm specializing in endurance sport and fitness brands. Follow her on Twitter or Instagram. 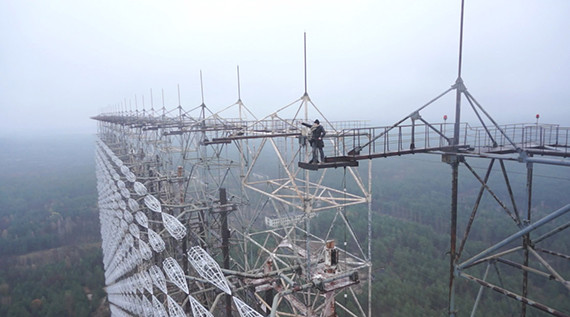