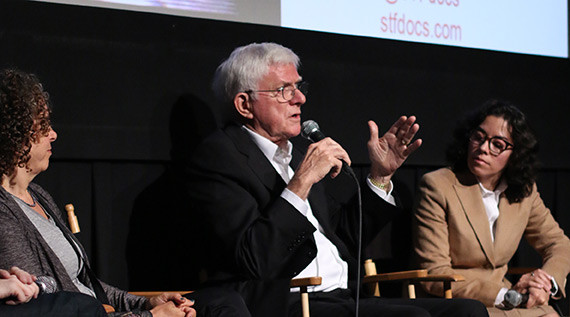 “If I could give anyone advice, do not make impetuous decisions—don’t rush into the future.”
–Tomas Young

In April 2004, five days into his service in Iraq, Tomas Young was shot in his spine and paralyzed from the chest down. Directed by Ellen Spiro and Phil Donahue, BODY OF WAR chronicles Tomas’s journey as he contends with the agony of his transformation, reconciling his nature as his voice emerges and stabilizes against the far reaching effects of the Iraq War.

The film deliberately juxtaposes the aftermath of Tomas’s injury with the debate of the Iraq War resolution in both houses of Congress. A staunch opponent against the war, Senator Robert Byrd urged the country not to rush into a decision, “I plead with the American people to let your voice be heard, your questions answered.” Senator John McCain and other supporters of the war, all identified in the film, decided that “the longer we wait, the more dangerous he [Saddam Hussein] becomes.” In portraying this bureaucratic juggernaut, BODY OF WAR raises many questions about how action is defined, and how choices to exercise an option are framed. It challenges the audience to investigate what informs those choices, and examine who bears the brunt of war.

On September 12, 2001 Tomas made a choice to enlist in the military, waiting to be sent to Afghanistan. After returning from Iraq and perpetually in wait for what he called his “aftercare instructions,” Tomas, disappointed with the lack of care he and other veterans received, joined the Iraq Veterans Against the War (IVAW). His public speaking engagements with IVAW were dedicated to the stark disparities in money spent on war vs. money spent on returned veteran healthcare. Tomas wanted a conversation with President Bush, “I feel he owes me some explanations—why am I not worth the funding for stem cell research?”

Tomas couldn’t cough because his muscles were paralyzed; he couldn’t control his body temperature and had to wear frozen gel inserts in a vest to combat the heat. The pills he took seemed to just barely address the amalgamation of his ailments that stemmed from nerve pain to depression, from morning nausea to erectile dysfunction; a condition atypical for a 25 year old newlywed, and exacerbated by an external catheter. Married post-paralysis, his then wife Bree says, “I can count the number of times on my hand we’ve had sex.” His mother changed his catheter, and there were days when Tomas would watch people walk by, jealous of ability he no longer had.

In an interview on 60 Minutes, Mike Wallace asks Tomas, “If you hadn’t been shot would you still be speaking out?” An impossible question to answer considering time is not reversible, Tomas responded yes, that he had friends who died, although had he not been paralyzed “I might not have as firm a leg to stand on… or chair to sit in.”

When Tomas’s younger brother enlisted in the army, their mother said, “I just hope you have as much training as you need.” Her hope provokes a question, was the training received enough? In the political arena, in the commitment to the Iraq War, who was the commitment to? Did it span the actual body of war? At a rally opposing the war in Washington D.C., photos of young men and women killed flood the streets. Tomas’s mother laments the disconnect, “these are just pictures to so many people; they aren’t babies, they aren’t brothers.”

In 2007, Body of War was the runner up for the People’s Choice Awards at the Toronto Film Fest. Donahue shared, “no distributor would take this film, this is ‘not a take your girl to the movies’ movie, this is rough.” Present for a Q&A at the IFC Center, Donahue said, “This was the most sanitized war of my lifetime… if you’re going to send your young men and women to war, show the pain, don’t sanitize the war, that just makes it easier to have another one.” 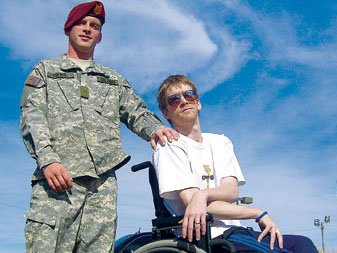 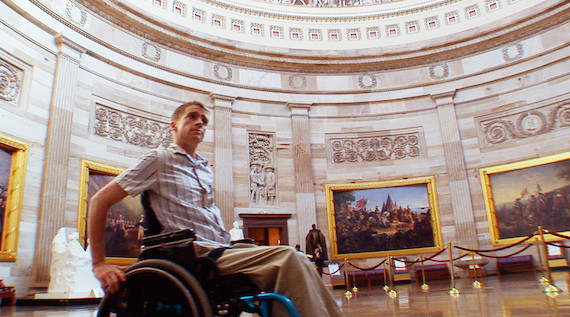