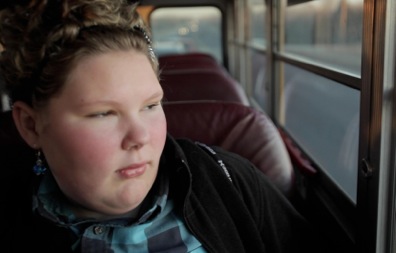 Over at Indiewire, Anthony Kaufman wrote a piece about Cannes general ambivalence towards doc titles. Kaufman also penned a separate piece detailing the forces leading to the abandonment of foreign-language films in the U.S.

IDA Board President Marjan Safinia is programming a new documentary screening series this week in Los Angeles, called the ArcLight Documentary Series. Films will screen on Tuesdays at 7:30 p.m. at the ArcLight Hollywood. For its inaugural film, the series will present Doug Block’s 112 WEDDINGS. Katharine Relth reported on the program’s details in a post for the IDA.

At the International Documentary Association (IDA), Wanda Bershen recapped Lincon Center’s The Art of the Real series. In another piece at the IDA’s site, Marc Glassman had a review of Hot Docs 2014. Also, Lisa Hasko had a nice roundup of summer grant opportunities for doc filmmakers.

The System, the new Al Jazeera America series from director Joe Berlinger premieres this coming Sunday, May 18 at 9 p.m. EST on the cable news channel. More information on the show, which examines the criminal justice system, can be found here.

The PBS show POV announced the projects for its sixth hackathon, this one taking place in Los Angeles.

The Sheffield Doc/Fest released details of its films this week, with Adam Benzine and Kevin Ritchie of Realscreen reporting news of its program. At the DocGeeks blog, Emily Wright penned a post on Sheffield’s lineup.

At the New York Times, Nicolas Rapold reviewed the new film DAMNATION from directors Ben Knight and Travis Rummel. And Filmmaker Magazine’s Scott Macaulay had a piece detailing the distribution and release strategy behind the film.

This week, the Brooklyn Film Festival announced it’s lineup. You can check out the selection of doc features screening here.

Back at Realscreen, Julianna Cummins reported that Gerry Flahive of the National Film Board was leaving his producer position to pursue writing. Cummins also reported on a new report from the Documentary Organization of Canada detailing the trouble filmmakers are having funding their work in Canada.

Over at Nonfics.com, Christopher Campbell turned out a list of the 10 most memorable doc characters.

Writing for the Independent Lens blog, Craig Phillips spoke with director Jason Osder about his film LET THE FIRE BURN.

The POV blog played host to a post on a case study regarding the release strategy for the film AFTER TILLER.

At his What (Not) to Doc blog, Basil Tsiokos provided an overview of the DOK.fest Munich festival.

Eric Hynes wrote a piece for the New York Times on the effect a documentary can have on its subject.

Kevin Jagernauth of Indiewire’s Playlist blog took note of the release of the trailer for the film ELENA, which bows at the IFC Center on May 30.

In a piece for Film International, Paul Risker interviewed Kim Longinotto about her film SALMA.

Writing for The Hollywood Reporter, Natalie Jarvey reported on the release of the doc THE ART OF THE GAME via the live stream platform Twitch, and also through the Xbox.

Back at Nonfics.com, Christopher Campbell highlighted noteworthy docs making it to homes via various distribution channels this week. Also at Nonfics.com, Dan Schindel reviewed TOUGH BOND from directors Austin Beck and Annaliese Vandenberg. And writing for Film School Rejects, Campbell considered what 50 years passed means for the “UP” doc series.

Ion Cinema’s Jordan M. Smith also turned out two reviews this week, one of Sara Dosa’s film THE LAST SEASON and another of Jessica Oreck’s THE VANQUISHING OF THE WITCH BABA YAGA.

Back at The Dissolve, Tasha Robinson considered some of the interactive docs that made it to Tribeca this year.

At the SF Station, Martin Malloy had details on the lineup of the San Francisco Documentary Film Festival.

That’s it for this week. Please e-mail any tips or recommendations for the Memo here, or send them via Twitter to @GuerrillaFace. Thanks and have a great week everyone!