After the ceremony, the party moved down 41st Street to the Arena nightclub. Pictured on top are presenters Carl Deal and Tia Lessin (TROUBLE THE WATER), flanking Peter Davis (HEARTS & MINDS) with Amir Bar-Lev (THE TILLMAN STORY) on right. 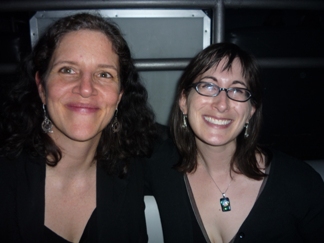 Sundance Bound in one short week: Laura Poitras (THE OATH) and Robin Hessman (MY PERESTROIKA). 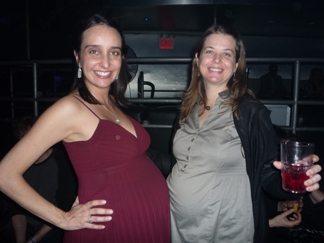 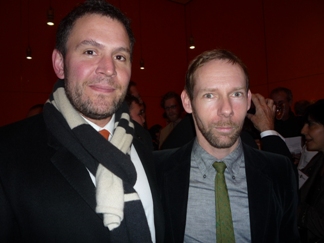 The filmmakers behind OCTOBER COUNTRY: Michael Palmieri and Donal Mosher. 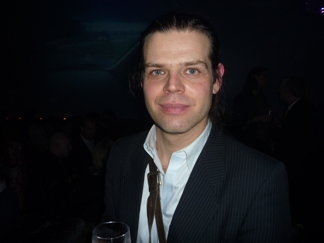 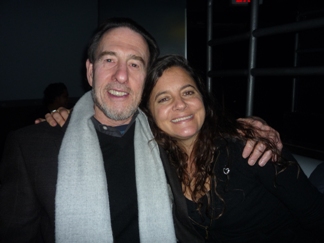 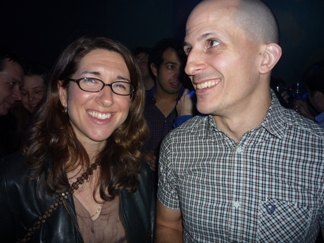 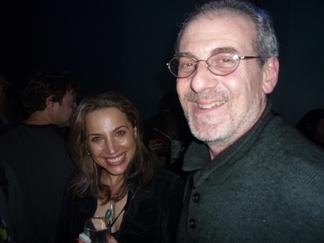 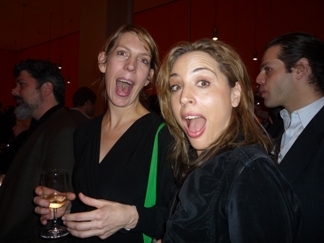 Shooting People’s Ingrid Kopp and Esther Robinson practicing the same “how to take photos like a model” technique that you’ll find in the first photo of the Shooting People blog on CEH. 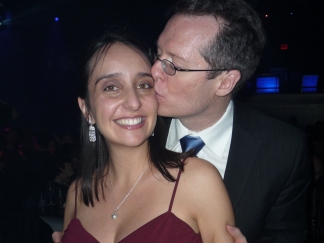