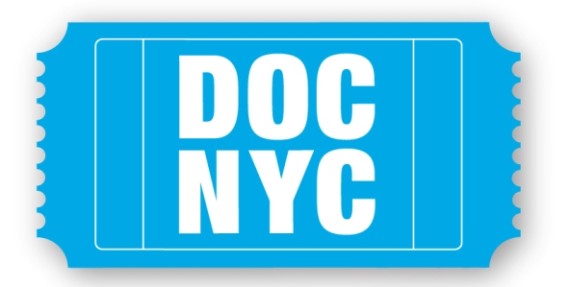 At Nonfics.com, Christopher Campbell reviewed the Sundance award-winning BLOOD BROTHER from director Steve Hoover, pointing out an often glossed over element of the film. Campbell, along with Daniel Walber also spoke on BLOOD BROTHER as well as the New York Film Festival on the most recent episode of The Realness podcast.

Writing for The Wrap, Steve Pond named the 151 feature length docs that had qualified for the Oscar awards.

Casey N. Cep wrote a piece on AFTER TILLER for The New Yorker’s Culture Desk blog.

At Filmmaker Magazine, Nick Dawson noted that THIS TIME NEXT YEAR from Jeff Reichert and Farihah Zeman received funding from the Resilient Communities Fund, a partnership between the Tribeca Film Institute and the Rockefeller Foundation.

Writing for DocGeeks, Alexandra Zeevalkink recapped a conversation she had with Alex Gibney in which she teased out his three tips for success.

At the Los Angeles Times, Steven Zeitchik reported on director Andrew Jarecki’s efforts to clear the name of Jesse Friedman, a subject of Jarecki’s film CAPTURING THE FRIEDMANS currently incarcerated after being convicted of child molestation.

Back at Realscreen, Kevin Ritchie reported that the Copenhagen International Documentary Film Festival (CPH:DOX) had enlisted artist Ai Weiwei and culture jammers The Yes Men to curate some of its programming this year. Ramzi de Coster of Indiewire also reported on CPH: DOX’s lineup.

The Flaherty Seminar posted a recap of its October 15 screening in NYC, which included the film CRISIS & CRITIQUE from Per-Oskar Leu.

This week Filmwax is hosting a screening of Zachary Levy’s film STRONGMAN to celebrate its DVD and digital release. The screening is going down at Theater 80 in NYC, with Levy and subjects Stan and Barbara in attendance. For details and to purchase tickets head here.

In distro news, Icarus FIlms announced that it had acquired U.S. rights for GRINGO TRAILS from director Pegi Vail.

The doc nonprofit Docs in Progress announced its Community Stories Festival would kick off November 14 in Takoma Park, Md. Docs in Progress Executive Director Erica Ginsburg also posted on the blog a list of ways to give constructive feedback to filmmakers. And fiinally, Docs In Progress also issued a call for people to serve on its board of directors.

POV hosted a conversation with directors Jennifer Fox and Michèle Stephenson on planning for a long-term doc project, which you can find at YouTube. POV’s next docchat will center on doc criticism and feature Anthony Kaufman, Tom Roston and Christopher Campbell.

Christopher Campbell rounded up a list of docs hitting theaters this week at Nonfics.com, which included AMERICAN PROMISE, among others. Campbell also had a rundown of picks of docs hitting home distribution channels. And finally, Campbell had a report on doc box office figures from last week, with the film METALLICA THROUGH THE NEVER leading the pack.

Writing for Indiewire, Ingrid Kopp–director of digital initiatives for the Tribeca Film Institute–produced a list of 15 things she had learned about transmedia storytelling from experience.

At Variety, Brian Lowry reviewed NO MAS, an ESPN 30 for 30 project from filmmaker Eric Drath. Philip Mlynar penned a review of THE LEGEND OF COOL “DISCO” DAN for the Village Voice.

In a piece for the Huffington Post, Mitch Kellaway highlighted some docs that focus on stories on the subject of transgender, including Sam Feder’s KATE BORNSTEIN IS A QUEER AND PLEASANT DANGER.

Back at Nonfics.com, Daniel Walber has a great primer on the City Symphony doc genre that highlights some classics, including Joris Ivens’ RAIN.

David Zax of Fast Company penned a piece focusing on the influence that pop-up books had on the New York Times/National Film Board of Canada collab HIGHRISE.

Over at DocGeeks, Hazel Pfiefer spoke with Alan Berliner on his latest work, FIRST COUSIN ONCE REMOVED.

Basil Tsiokos provided an overview of the Margaret Mead Film Festival for his What (Not) to Doc blog. Tsiokos also profiled the Morelia International Film Festival.

Alwan for the Arts made a solicitation for submissions for its new Alwan 3rd i Awards for filmmakers from Arab, Middle Eastern, North African, South and Central Asian regions, or for films that are focused on an of those areas.

The Chinese state-run news agency Xinhua reported that domestic docs had made a poor showing at the box office of late, an interesting observation given the New York Times’ recent observation that mainland docs had begun to carve out a niche of filmmaking somewhat insulated from government censors.

At the Independent Lens site, Craig Phillips interviewed Peter Nicks on his film THE WAITING ROOM.

That’s it for this week. Please send any tips or recommendations here, or via Twitter to @GuerrillaFace. Thanks and have a great week all.