A Man Vanishes is a Film Rediscovered 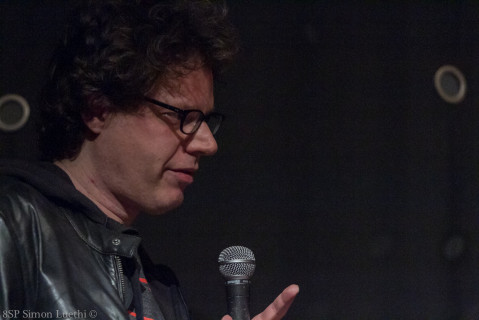 It is appropriate that Shohei Imamura’s A Man Vanishes, a documentary about a missing person and the often blurry distinctions between fiction and truth, was nearly impossible for U.S. audiences to see for nearly 40 years. In late 2012, the film’s belated U.S. release was met with praise from critics; Manohla Dargis wrote that, had A Man Vanishes premiered at Cannes that year, “it would have been hailed as a thrilling discovery.” In the film, the man who has disappeared is Tadashi Oshima, an unassuming middle-aged businessman, and Imamura attempts to aid in the search for him by interviewing those closest to him. The deeper the search goes, however, the more complicated it becomes, and more questions are raised about the true motives of those involved. A Man Vanishes is a fascinating exploration of the boundaries of reality, and its reflexivity makes it a film as much about the documentary medium as it is about the search for Oshima.

After the screening, STF’s Thom Powers invited filmmaker John Walter (How to Draw a Bunny, Theater of War), a longtime Imamura enthusiast, to join him in discussing the film and Imamura’s work as a whole.

Stranger Than Fiction: So John, can you shed light on this mysterious film?

John Walter: Imamura is part of a generation of young Japanese filmmakers that got an unexpected break in the ’50s, when there was a boom in youth movies. A lot of studios promoted their young directors to directing features. So Imamura and these guys were in their 20s when they started directing movies. By the time he made this film, Imamura had been directing narrative feature films for about 10 years. He formed his own production company and decided he wanted to do a documentary. This group called the Art Theater Guild of Japan, which was a collective of all the art houses in the country, decided it was cheaper to make movies than pay the heavy prices of importing foreign films. So they put up a little bit of money and then invited all of the Japanese directors to come in with a wild idea, and then they paid half the budget. So Imamura’s first documentary was also the Art Theater Guild’s first co-production.

The point is, Imamura wanted to do a documentary, and when you’re making a documentary, you try to have some sort of basic structural idea in order to hold the story together. He was interested in making a sociological film about these missing persons, and on paper, that sounds workable, right? It’s a documentary about a search for a missing man. You expect that you’re going to find him, probably. It’s a small country. The movie starts by saying, “Japan’s a tiny country; where can a man possibly hide? We’re gonna find him.” And then as the film went on, it became clear that they weren’t going to find him.

One of the reasons I love this movie is because, in documentaries, there’s always a kind of ghost narrative, which is the story of the making of the film. In the editing room, you have to decide how much you’re going to chop that out of the material. But there’s always traces of that story, and even in its absence, there’s a trace of the process of making the film. But Imamura here, more than anyone I’ve ever seen, just goes completely over-the-top in letting his movie fall apart before your eyes. (laughter) And he keeps trying different things. At first he’s using the hidden camera for this kind of sociological film, and then he realizes his main character has formed this erotic attachment to host of the film, so he decides to go with that and then pushes that into the areas where it seems to be…

I’ve tried to imagine what the equivalent of doing this film today would be. In a way, he sort of invents the Reality TV genre and then destroys it in one film. One of the interesting things about the film, though, is that Imamura was a successful fiction filmmaker, and after he did this documentary, he did one fiction film and otherwise spent the next 10 years doing nothing but documentaries. That entailed an enormous cut in pay. His wife ran an animation business, and she supported him for 10 years because he was making no money doing these documentaries for Japanese television.

I find it fascinating that the movie seems to give a feeling that documentaries can’t really get at the truth. But I don’t think he’s saying that. He personally came away from this film with this commitment to the documentary form, which he actually had to endure, you know, serious sacrifices in order to embrace.

STF: Near the end of the film, he refers to it as a fiction, and there’s the iconic scene in the studio where they break away the walls, which makes the audience start to wonder, “Was this being played out? Is this a scripted scene?” What can you say about that?

Walter: I can’t tell, watching the film, what his intention was. I mean, I bet he went into that scene knowing that he had the option of doing that, and he had given the crew a cue: “So when I say ‘Strike the set,’ I want you to pull this wall down, pull that wall down, zoom out, and then wait for my directions.” But that’s really not so different from a lot of documentary directing. You’re always telling the crew, “Wait for my signal.” And you always go into a situation with a game plan, and it more or less works. But sometimes it completely falls apart, and then you have to improvise.

STF: So for people who are encountering Imamura for the first time with this film, where would you suggest they go next?

Walter: It depends on what you’re interested in. Imamura’s one of a select few filmmakers who won the Palme d’Or at Cannes twice. He came out of documentary filmmaking with a movie called Vengeance is Mine, a true crime story and a terrific film. It’s out on the Criterion Collection. He did a great movie called The Ballad of Narayama. He did a movie called Black Rain, about Hiroshima. There’s a great Criterion Collection box set of his early ’60s films, like Pigs and Battleships, Intentions of Murder, and Insect Woman.

Before he did the documentaries, he always had this kind of cold approach. Not sadistic like Lars von Trier, but he would film his characters as if he were shooting a National Geographic documentary. He called Insect Woman an introduction to Japanese entomology, and he did another film called The Pornographers: Introduction to Anthropology. So he was playing with these scientific distances from his characters.

I think that’s partially because he, like his whole generation, was a kid during the Second World War, so everything he’d been taught as a child had been discredited. It produced this whole generation of artists who felt a real urgency to answer these questions: “What does it mean to make art?” “What does it mean to be Japanese?” And they were engaged in the kind of serious cultural mission where the stakes were pretty high.