An Interview With These Birds Walk Director Bassam Tariq 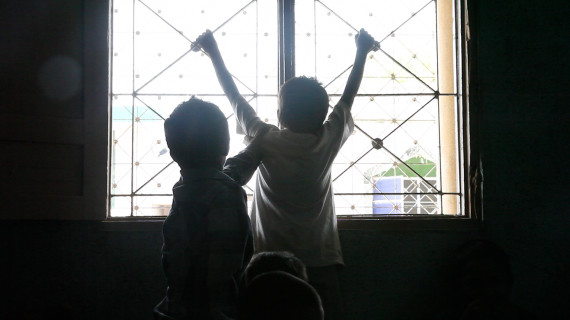 STF: Do you feel like you got the response you were expecting?

Tariq: I’m grateful, honestly, for how far we’ve gone with the film. I think I’m a little taken aback sometimes by the way people respond to the film, in a good way and a bad way sometimes. Sometimes I feel like people are looking for a more straightforward doc film. When they think of documentary they’re looking for a very clear issue-based film. And I’ve noticed in some Q&As that some people have been very upset about some of the risks that we’ve taken. But I also realize that when it’s dealing with subjects in America, when films are predominantly dealing with white people, it’s easier for them to accept a film that’s more immersive. But when it comes to people from different parts of the world it becomes harder. I think the problem is that you have to justify further why the story is interesting. Or why it matters, or why we’re being immersed in the subject’s culture, which I think is a little racist.

STF: That kind of leads into another question I wanted to ask you. Do you think that some people misinterpret, or get something fundamentally wrong about the film?

Tariq: Yeah, I think it’s the immersion. People want to be immersed in the cultural tropes that they’re okay with. And when you pull them out of their comfort zone sometimes it gets realy hard. [Composer Todd Reynolds] played a very instrumental part–literally–in getting that feeling across.

STF: You’re answering all of my questions before I can ask them. I was also going to ask you about your approach to music.

Tariq: I guess what I can say about music is, I think [documentary filmmakers] have all advanced when it comes to visual language. But when it comes to music, we still use music for manipulation. I hate it when music is manipulative. And I’m not going to lie, I think our trailer is a little bit manipulative, but I hope that’s okay because it is a trailer. In our film, we were careful to make sure the music in our film was never too saccharine. Music in documentary, from my perspective, should only evoke catharsis. It should be meditative. It should allow us to reflect. And it should be ambiguous, it should never tell us exactly how we should feel. But it should at least point us in our own internal direction of where we want to go with it, if that makes sense. And I think there’s only one track in our entire film that kind of leans in that direction a little too much, and it’s the end credit music. But I’m okay with that, because it’s the last track of the film.

STF: You’ve been doing a lot of interviews since the doc hit the festival circuit. Have you noticed any themes emerging in the types of questions that people have been asking you?

Tariq: What I don’t like is when people ask me, what are you hoping for people to get from the film? I feel like documentary filmmakers are expected to be message-based filmmakers. I think for some filmmakers that’s fine, and I respect them, and I think they’re making very powerful films. DIRTY WARS, is, to me, a message-based film. It’s got a very clear thesis and it’s a great film. I think Jeremy Scahill is a saint. But I don’t know if that is what THESE BIRDS WALK is. For people to come into documentary expecting that, I feel like that’s being a little lazy.

STF: What do you think about the idea of people leaving the theater with some feeling of ambiguity?

Tariq: A filmmaker friend of mine said recently that film should always raise questions, it shouldn’t necessarily answer them. It was funny because there was another filmmaker there who was more accomplished than both of us, and she said, no, a film is a period. It’s a full stop. There’s no question mark at the end. I feel like everyone has a different approach. I like it better when film leaves you with a question, and you are forced to come up with your own answer.

STF: Has there been any particularly moving experience for you–and I don’t necessarily mean emotionally, it could have just been surprising–that resulted from an audience Q&A following a screening?

Tariq: I think at some screenings people have cried. It caught me by surprise. I didn’t expect anyone to have a reaction like that. I think the problem with any kind of filmmaking is that you become so clinical in post, that you lose the emotion very quick. You have to continuously do things that challenge and surprise you along the way. [Composer] Todd Reynolds was one of the last people to touch the film. He brought life into the film that helped me see it afresh.