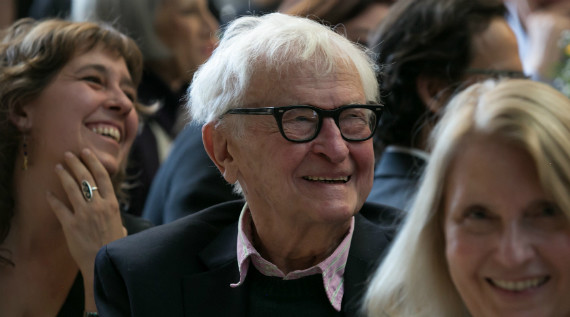 As I’ve already mentioned, this year’s exquisite edition of True/False has wrapped. Prior to the fest, Basil Tsiokos previewed the films on offer at What (not) To Doc, while Fandor’s David Hudson kept a roundup of coverage coming out of Columbia throughout the weekend, including my pair of daily diaries from my first visit over at IONCINEMA.

Last week Grantland featured Errol Morris, all day, every day. Over the course of Errol Morris Week, six ESPN-funded shorts were released, including THE SUBTERRANEAN STADIUM, THE HEIST, THE STREAKER, BEING MR. MET, MOST VALUABLE WHATEVER, and CHROME. The series sparked from his involvement in making a commercial for the sports conglomerate. Morris’s history of directing commercials was detailed in an article by Mike Powell as part of Grantland’s celebration, as was a piece by Wesley Morris on the filmmaker’s unique style of onscreen interrogation and Alex Pappademas‘s lengthy interview with the man himself.

Being that I’m trying to keep it short this week, I’ll end here with a few memories of Al visiting and sharing memories of SALESMAN and GREY GARDENS not likely to be forgotten anytime soon.