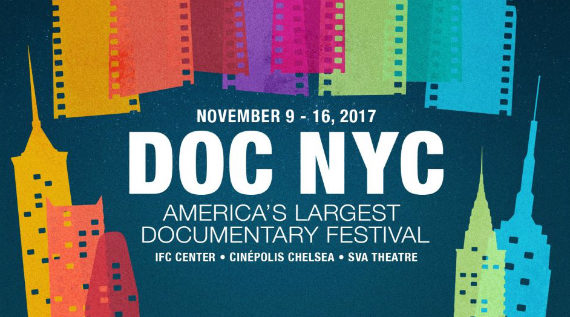 Gearing up for the Oscars, Variety’s Addie Morfoot ruminated on the plain fact that “It’s never easy being green, but if you’re a documentary filmmaker it can have its advantages. Especially come Oscar season. In the past two decades, 12 directors have taken home the Academy Award for their very first documentary theatrical feature.” Meanwhile in the Los Angeles Times, Steve Dollar put forth his own Oscar guesses, suggesting “the return of Jane Goodall, climate change and Syria among Oscar documentary hopefuls.” As with all Oscar campaigns, there are people and organizations pushing these films forth. IDA’s Akiva Gottlieb interviewed Carole Tomko and Jannat Gargi of Vulcan Productions about the kind of impact campaigns that have been making a difference for docs like STEP and THE IVORY GAME.

In a week in which there were a bunch of little theatrical releases, Joe Berlinger’s INTENT TO DESTROY: DEATH, DENIAL & DEPICTION received the most (decidedly mixed) attention. Neither hot or cold, Ken Jaworowski‘s review in The New York Times declared, “While there may be no completely dispassionate way to discuss its topic — the Armenian genocide — the film’s balance of emotion and composure helps make its stories even stronger.” Deadline’s Matthew Carey spoke with Berlinger himself about his new film and its prickly subject matter, while both Variety’s Peter Debruge and RogerEbert.com’s Matt Fagerholm each came away from the picture a bit lukewarm.

JANE director Brett Morgen turned up in a trio of interviews this week, with Sally Fay at Huffington Post, with Sam Fragoso of Vice, and with Thom Powers on Pure Nonfiction. Other notable coverage this week included Kristin Thompson‘s thorough examination of DAWSON CITY: FROZEN TIME at DavdBordwell.net, Gerald Narciso‘s report on CLOSING THE GAP’s peak at North Korea in The New York Times, Steve Greene‘s take on the new 30 For 30 doc NATURE BOY at IndieWire, and Deborah Vankin‘s review of OBEY GIANT for the Los Angeles Times.

Looking for new streamables? Motherboard published a fascinating new short this week bluntly titled THE FIXERS WHO RECYCLED LAPTOP BATTERIES TO POWER THEIR HOMES. On a completely different wavelength over at Hyperallergic, Allison Meier reported on a new interactive documentary about everyday life in a Palestinian village called THE INVISIBLE WALLS OF OCCUPATION, “a collaboration between the human rights organization B’Tselem, where Skoblinski creates digital content, and Folklore, a Montréal-based design studio.”

I’ll leave you this week with Vogue‘s new list of the “61 Best Documentaries of All Time” and a story from The Guardian in which, “A woman has been jailed after duping filmmakers into believing she could get them behind-the-scenes access to Hillary Clinton’s presidential campaign.” As always, if you have any tips or recommendations for the Memo, please contact me via email here, or on Twitter, @Rectangular_Eye.