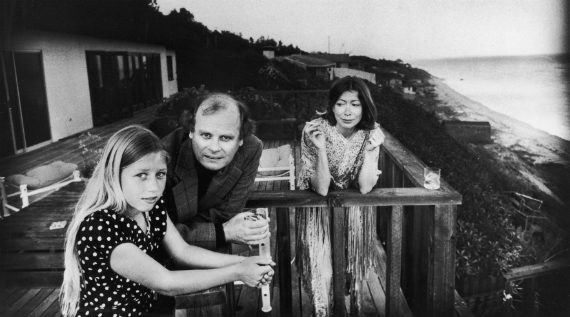 Griffin Dunne and Annabelle Dunne, nephew and niece of the titular writer, launched JOAN DIDION: THE CENTER WILL NOT HOLD on Netflix and in limited theaters on Friday, garnering a wave of praise from everyone from April Wolfe of Village Voice and Alissa Wilkinson of Vox to Godfrey Cheshire of RogerEbert.com and Glenn Kenny of The New York Times. Rachel Syme spoke with the Dunnes about making the film for The New York Times, just as Esther Zuckerman interviewed Griffin for Vice. And in The New Yorker, Rebecca Mead, with perceptive precision, lays out “The Most Revealing Moment in the New Joan Didion Documentary.”

Those looking for something other than horror movies to watch can rejoice in the fact that POV is currently streaming Kirsten Johnson’s nonfiction masterpiece CAMERAPERSON for free. Johnson herself reflected on the year since the film’s busy festival tour over at Salon, while she spoke with Dan Schindel about the film itself for Hyperallergic. Also available to stream this week is ÜBERMENSCH by Jesper Dalgaard via Short of the Week, Jonah M. Kessel’s A TIBETAN’S JOURNEY FOR JUSTICE at The New York Times, and Motherboard’s fascinating short NUCLEAR FUSION ENERGY: THE RACE TO CREATE A STAR ON EARTH.

And what better way to sign off this week than with Kate Erbland‘s list of “7 Great Documentaries About Remarkable Women”, found over at IndieWire. Now, don’t get too crazy tomorrow. Until next week, if you have any tips or recommendations for the Memo, please contact me via email here, or on Twitter, @Rectangular_Eye.