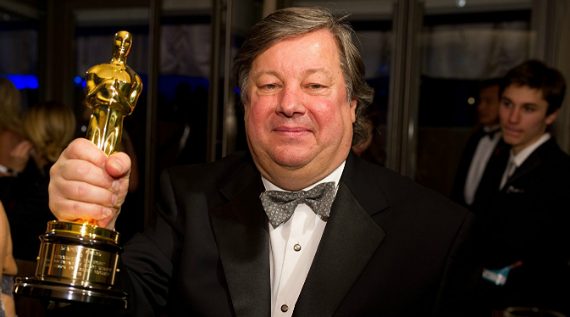 The Tribeca Film Festival is currently in full swing and as usual, Basil Tsiokos previewed the festival’s docs on offer, while at Doc Soup, Tom Roston composed a guide to navigating this year’s non-fiction festivities and shared an interview with Cara Cusumano, the festival’s director of programming. In that same vein, Ben Kenigsberg listed 17 films in The New York Times to check out at this year’s edition, Dava Whisenant’s BATHTUBS OVER BROADWAY, Stephanie Wang-Breal’s BLOWIN’ UP, Assia Boundaoui’s THE FEELING OF BEING WATCHED, Michael Epstein’s HOUSE TWO, and Lisa Dapolito’s festival opener LOVE, GILDA.

Looking back a bit further, this week’s Film Comment Podcast centered around this year’s of the True/False Film Festival’s late night Toasted event, which Film Comment Editor-in-Chief Nicolas Rapold moderated this year. Meanwhile, Filmmaker Magazine published a pair of pieces by Lauren Wissot on the festival’s Speakeasy panels, one dissecting its “Documentary in the Time of Fake News,” the other, “#DocsSoWhite: The Gatekeepers.”

One of the key pieces of the week, IndieWire published a piece by Anthony Kaufman on the current state of the doc marketplace. He writes, “In 2017, major companies were shelling out huge dollars to acquire documentaries, dramatically shifting the scales for the budgets and value of nonfiction. Then everything changed at Sundance 2018, when contrary to expectations, Netflix and Amazon deescalated the marketplace they had super-sized a year before…But that’s not to say that documentaries are losing their heat. On the contrary, the appetite for documentaries is growing, with major players turning to the nonfiction space in larger numbers.” As a compliment to that, at Filmmaker Magazine Luke Korem, the director of DEALT, shared 5 tips for selling your indie doc on the market. Additionally, MovieMaker listed 50 film festivals worth the entry fee in 2018.

In theatrical releases, William Friedkin’s real-life exorcism doc THE DEVIL AND FATHER AMORTH was the most widely written about, though tepidly received as it may be. Kyle Kohner of The Playlist and Matt Zoller Seitz of RogerEbert.com both came out lukewarm, while The New York Times’ Ben Kenigsberg seemed to revel in the hysteria – “The director’s blabbermouth tendencies and wry manner make him an enjoyable M.C.” Meanwhile, the Tribeca opener LOVE, GILDA received a warm reception from Kate Erbland in IndieWire and The Wrap’s Elizabeth Weitzman.

Two new must listen podcast episodes appeared in the latest from Pure Nonfiction featuring Sophie Fiennes on GRACE JONES and The Fog of Truth with a review of LEANING INTO THE WIND and an interview with MORE HUMAN THAN HUMAN filmmakers Tommy Pallotta and Femke Wolting.

Maybe the biggest news in nonfiction this week: Frederick Wiseman’s entire oeuvre is now streaming for the very first time via Kanopy. Better get your library cards at the ready! An while on the topic of streaming, Sean Fennessey of The Ringer reported on how Netflix has quietly become the biggest producer of original films in America, as Ryan Faughnder reported in the Los Angeles Times that “Netflix has considered buying theaters, including Mark Cuban’s Landmark, to gain an Oscar edge.”

It may be a couple weeks until the next memo, as I’m headed to Toronto for Hot Docs this coming weekend and then Rochester for the Nitrate Picture Show, but in the meantime if you have any tips or recommendations for the Memo, please contact me via email here, or on Twitter, @Rectangular_Eye.