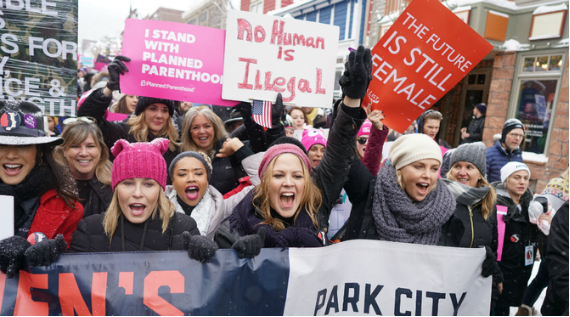 In other festival news, the lineup for 17th Edition of Film Comment Selects was announced via Film Linc and features a pair of docs in VOYAGE OF TIME and ALL THESE SLEEPLESS NIGHTS. Looking back, Nick Davis wrote a festival wrap-up for the Chicago International Film Festival which also featured a handful of non-fiction titles.

A week and a half ago, director Hugh Gibson received the Toronto Film Critics Association’s 2016 Rogers Best Canadian Film award at the annual TFCA Awards Gala for his debut feature THE STAIRS, but in an act of Canadian comradeship, decided to split the $100,000 prize between himself and the other two nominees, Kazik Radwanski (HOW HEAVY THIS HAMMER) and Matt Johnson (OPERATION AVALANCHE).

Other cash awarded this past week came in the form of grants via Rooftop Films, whom selected Robert Greene and Kirsten Johnson, among other filmmakers, to receive cash prizes from Rooftop Films. “Greene will be awarded a monetary grant of $15,000 to help finish his new film, BISBEE ’17, and Johnson will receive a $10,000 grant to support her upcoming film, DEADPAN,” according to Brent Lang of Variety. While BBC Scotland filmmakers are suffering from lack of funds, writes Julia Horton of The Times, Robert Mitchell of Variety reports that BBC proper “has formed a partnership with nonprofit organization BRITDOC Foundation to fund up to four documentaries a year.”

It was a rather quiet week theatrically, with most pieces pertaining to previous big screen or new small screen releases. Calum Marsh and Neil Bahadur debated Jonathan Demme’s JT + THE TENNESSEE KIDS over at MUBI’s Notebook, Mark Dujsik covered the domestic release of Luc Jacquet’s ANTARCTICA: ICE & FIRE for RogerEbert.com, and at Doc Soup, Tom Roston debated the merits of the YouTube based feature FRAUD. Ethan Anderton also helped break the news at /Film that James Cameron is teaming with AMC to produce a documentary series on the history of science fiction.

I’ll send you off into your first week under President Trump with two morsels to chew on: Alex Winter’s new Field of Vision short TRUMP’S LOBBY and an outline of 11 docs about immigrants everyone should watch, published by Huffington Post by Carolina Moreno. As always, if you have any tips or recommendations for the Memo, please contact me via email here, or on Twitter, @Rectangular_Eye.