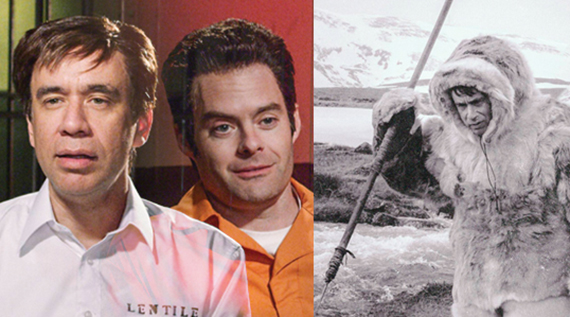 IFC’s original series Documentary Now! pays tribute to iconic documentaries and the varying styles of film making used to create them. But there’s a catch: Documentary Now! is a comedy. Much more than a parody series, the show balances comedy with the true artistry of documentary film making. Created by Fred Armisen, Bill Hader and Seth Meyers, and starring Armisen and Hader, each episode is a loving sendup of a well-known documentary.

Join EP/Director/Writer Rhys Thomas and EP/Director Alex Buono for a screening of two of their favorite episodes of Documentary Now! along with clips from the films that inspired the episodes. Hear how they struck the delicate balance between authenticity and hilarity to create a unique series unlike anything else on TV.

The Opening Night presentation of “Documentary Now! Deconstructed” is available only to STF spring season pass holders; no individual tickets will be sold to this event.  Purchase a season pass by clicking here.