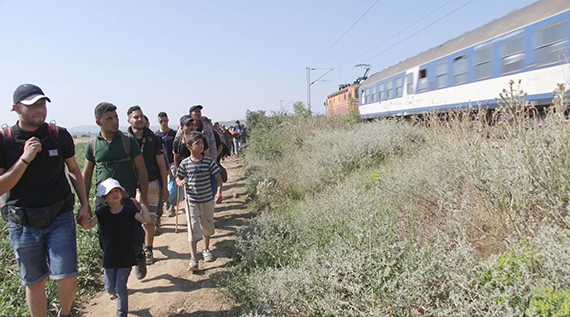 STF is honored to present the first public screening of “The Journey” a six-part episodic series from Field of Vision, the documentary group founded by Laura Poitras, AJ Schnack and Charlotte Cook. “The Journey,” directed by Matthew Cassel, follows the treacherous, seventeen-hundred-mile migration of a Syrian refugee who fled the perils of wartime Damascus to build a better life for his family. STF will screen all six episodes in a program around 70 minutes in total. The pieces will later be released on The New Yorker web site.

More than a million people whose lives have been upended by desperation and violence in Syria have made similar journeys, but most of these treks take place in obscurity. Aboud Shalhoub was joined by the filmmaker Matthew Cassel, who documented—and participated in—the perilous migration in 2015. Cassel’s colleague Simon Safieh stayed in Damascus with Aboud’s wife, Christine, and his two children. The series captures Aboud’s long trip to the Netherlands, the family’s attempts to reunite, and the tide of nationalist sentiment sweeping across northern Europe.