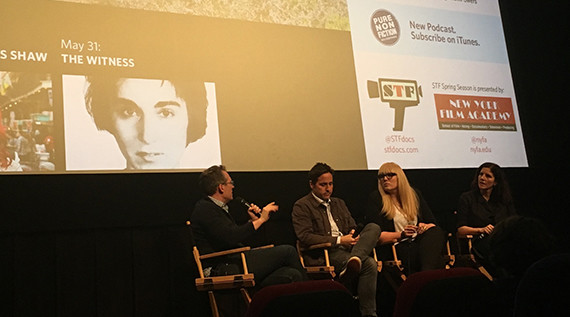 A cold-call from a journalist based in Istanbul had the interest of the founders of Field of Vision piqued. The film-unit, co-created by Laura Poitras, AJ Schnack and Charlotte Cook, had been on the lookout for developing stories that could be worked into short-form episodic series.

“We were blown away by the access,” Poitras said during Tuesday night’s screening of the series. “It fit in every way with the mission we were trying to achieve.”

In April 2015, journalist Matthew Cassel began documenting (and participating) in the migration of one of the first waves of refugees fleeing the war in Syria. By following the story of Aboud Shalhoub, a jeweler from Damascus, Cassel provides an intimate look at the struggles facing a group of men, women and young children as they embark on a seventeen-hundred-mile journey.

“If the boat sinks, try to stay away from the others,” a man tells Shalhoub in one scene before he heads from Izmir, Turkey to Greece aboard a dinghy. “Many don’t know how to swim, and they’ll grab onto you.”

While Cassel joined Shalhoub on the voyage from Turkey to the Netherlands, a colleague based in Damascus provided the counter-story of Shalhoub’s wife and children left in Syria, and their own path towards family reunification after two and a half years apart.

Each episode in the six-part series, suitably titled “The Journey,” will be released on The New Yorker web site – one episode per day – beginning May 23rd.

In the Q&A following Tuesday’s screening, AJ Schnack of Field of Vision said that their documentary group was drawn to Cassel’s work doubly so because of the current political environment in the United States.

“The politics here in the States really shows a lack of understanding of the crisis,” said Schnack in reference to the rise of anti-immigration sentiment and Islamophobia, displayed by politicians like Republican presidential nominee Donald Trump. And while the story was still unfolding when the project was first offered to Field of Vision, Cassel was asked by the group’s founders to focus on the rise of fascism and far-right politics in the final episode. Titled “The Backlash,” the sixth episode in the series brings viewers up to the present with the political ramifications of the migrant crisis in Europe, depicting impassioned far-right protests and the Dutch chapter of the Pegida movement.

When asked about her move from feature length documentaries to a short-form series, Poitras emphasized that while it may be easier to take risks in short-form storytelling, it is important to remember that each part must still be able to stand on its own, engage the viewer by building momentum, and leave them wanting to return.

And while the storyline behind “The Journey” revolves around the breaking news headlines on Syria and the migrant crisis, Poitras believes there are many other instances of powerful reporting that are ripe for visual representation.

Videography by Taylor McNulty, a graduate of Northwestern University’s Film program. Taylor is currently working on a documentary about Bajau, the sea gypsies of Indonesia. 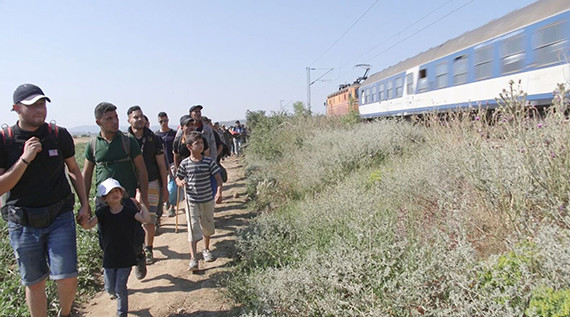