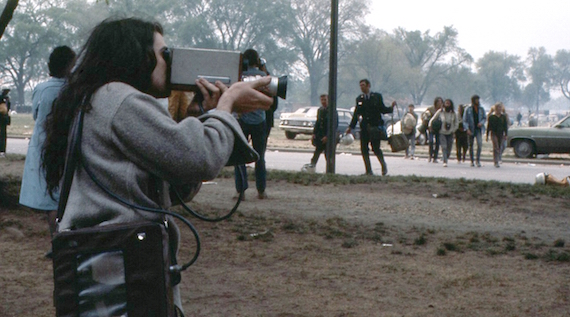 In the 1960s and 70s, a group of renegade journalists known as the Videofreex democratized the future of the media as they deployed the first handheld video cameras to report and observe the world around them. In HERE COME THE VIDEOFREEX, directors Jon Nealon and Jenny Raskin tap into a treasure chest of restored tapes shot by the Freex, including interviews with icons like murdered Black Panther Fred Hampton and legendary activist Abbie Hoffman, charting the path of this underground video collective from their assignment on the counterculture beat for CBS News to their rupture with the network and creation of a radical pirate television station in upstate New York.

An official selection at the prestigious Full Frame Documentary Film Festival and BAMcinemaFest, the documentary captures the pure enthusiasm and revolutionary use of technology of the Videofreex as they changed the nature of journalism through the power of portable video, forging a legacy that has evolved to become today’s all-access media environment.