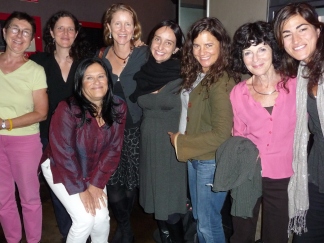 SPECIAL PRELUDE TO STF FALL SEASON: DOCURAMA celebrates its 10th anniversary by screening JANE, a rarely seen classic of early cinema verite, not yet released on video or DVD. The film follows Jane Fonda preparing for her Broadway debut in “The Fun Couple.” The action behind the scenes becomes more lively than what’s on stage. Filmmakers D.A. Pennebaker and Hope Ryden (working for the legendary doc company Drew Associates) capture the theatrical team on out of town previews, leading up to the big New York premiere. On the play’s opening night, cameraman Ricky Leacock observes the famed critic Walter Kerr as he types out his make or break review; while Pennebaker’s camera covers Fonda awaiting the verdict. It’s one of the great films about show business.

This screening is available to STF pass holders only at this time. Individual tickets may go on sale by Sept 20, if supply is available. Check back here for details.

Docurama kicks off 10th anniversary with memorable screening of JANE