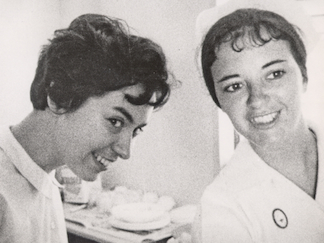 Hope Ryden was a pioneering woman in the mostly male world of early ’60s documentary. As part of Drew Associates, she collaborated on acclaimed films such as JANE, about Jane Fonda’s Broadway debut and CRISIS about school integration. She directed an unfinished film in the ’60s that supplied crucial footage for Nancy Buirski’s THE LOVING STORY recently shown at the Tribeca Film Festival. Ryden’s contribution to the development of modern documentary has never been given the recognition it deserves and much of her work remains unavailable.

We hope to change that with this rare screening of MISSION TO MALAYA. Ryden and cameraman Sid Reichman follow a nurse in the early days of the Peace Corps as she travels to the Malaysian islands. The film captures the missionary zeal of the times and turns into a suspenseful adventure. Don’t miss this opportunity to pay tribute to Ryden’s career.

Mission to Malaya: A Story of the Peace Corps