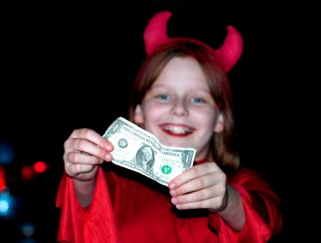 Winner of the top US feature prize at this year’s Silverdocs film festival, OCTOBER COUNTRY was described by the jury as a “a film that has resonated with us long after we viewed it. It is a film that is subtle and intuitively creative while presenting important social issues in a surprising way.”

OCTOBER COUNTRY is a haunting multi-generational story of a working-class family coping with poverty, teen pregnancy, foster care and the ineffable horrors of child molestation and war. A co-directing effort by filmmaker Michael Palmieri and photographer and writer Donal Mosher, it follows Donal’s family in Herkimer, New York from one Halloween to the next, resulting in a beautifully crafted &”64257;lm remarkable for its intimacy, sensitivity and textured portrait of a family in crisis that has become all too familiar, if not representative, of America’s poor. Who are the Moshers? Don, the emotionally remote and dry-witted head of the family, returned from Vietnam plagued by nightmares about his dead friends and admits he’s an ass who takes a hard line on foolishness. Dottie, his intrepid and eternally optimistic wife, forms the emotional glue for the family. Don’s estranged sister, Denise, is a practicing witch and a lifelong outsider who takes us to the cemetery she frequents to meet her ghost friends. Don and Dottie’s daughter, Donna, grew up too fast, picked men who beat her and gave birth to Daneal as a teen. Daneal also had a teenage pregnancy with a man who beat her and is ill-equipped to care for the toddler now that they have divorced. Donna’s youngest daughter, Desi, is a clever girl who is aware of the bad examples set by her sister and mother. She just might avoid repeating their mistakes and thereby overcome her own tragic history. As the Mosher family does their best to grapple with their lives, circumstances and decisions, we root for them—especially Desi, who holds such promise.

About the filmmakers:
Michael Palmieri began his directing career working with Garry Trudeau, the Pulitzer Prize-winning cartoonist and writer of Doonesbury. He went on to create visual branding for the Sundance Channel in New York, utilizing a creative hybrid of digital stop motion and unique interviewing techniques that attracted the attention of the musical artist Beck, leading to two music videos with him and a three-year association with A Band Apart, Quentin Tarantino and Lawrence Bender’s film production company in Los Angeles. He went on to direct twenty music videos for the company, including award-winning videos for The Strokes, The Foo Fighters, The Bravery, Belle and Sebastian, and The New Pornographers. His commercial work includes spots for Converse, Coke, MAC Cosmetics, and ESPN. His most recent work includes collaborations with the visual artists Tauba Auerbach and Adrian Paci and the Academy award-winning documentary filmmakers Rob Epstein and Jeffrey Friedman of Telling Pictures. He is also an adjunct professor of film and video at California College of the Arts in San Francisco. A wide selection of his work can be found at www.michaelpalmieri.com.

Donal Mosher is a photographer, writer, and musician. His photo documentary work is the basis for the film OCTOBER COUNTRY. Portions of the project have been shown in Los Angeles, New York and San Francisco’s SF Camerawork as well as online at the Marjorie Wood Gallery. His fiction and non-fiction writings have appeared in SF Camerawork, Instant City, Satellite, Frozen Tears and Still Blue, an anthology of working class writing. Donal is also a principle subject of Robert Arnold’s documentary film KEY OF G which focuses on life and work with a severely disabled young man. Selections of his writings and photographic work can be found at donalmosher.com.