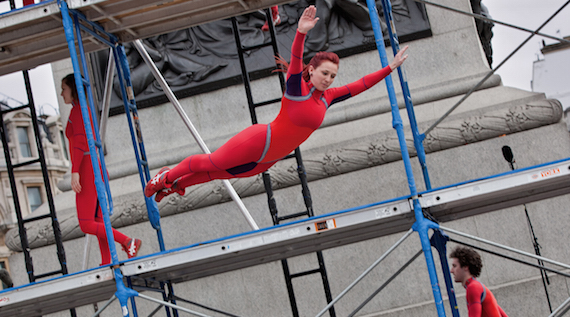 Elizabeth Streb’s Extreme Action Company has been thrilling audiences around the world for decades, but they have never attempted to pull off something as impossible as One Extraordinary Day. A centerpiece event celebrating the London Summer Olympics. Craig Lowy’s exhilarating film follows the Brooklyn troupe from auditions, through dangerous rehearsals, to the performance of seven breathtaking daredevil dance spectacles on some of London’s most beloved landmarks. All performed on one extraordinary day.