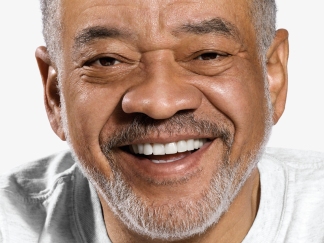 Singer-songwriter Bill Withers had an unusual path to musical acclaim. He was born an asthmatic stutterer and was often told “you can’t do nuthin’.” He didn’t own a guitar until he was 32 years old, the same year he started his musical career—while keeping his job fabricating toilets for Weber Aircraft, just in case. His first album, 1971’s Just as I Am, came with a hit single, Ain’t No Sunshine, which hit No. 3 on the pop charts. He followed this auspicious start with a string of hits, including Lean on Me, Use Me and Grandma’s Hands. Nine Grammy nominations also rolled in during the next 15 years, with three wins. And then, in 1985, Bill Withers just stopped. He didn’t fade entirely from public view—he was inducted into the Songwriting Hall of Fame in 2005—but there were no more albums from this prolific artist. This film, which takes its name from Withers’s second album, helps answer the questions about who Bill Withers is and where he’s been since his music career ended. The filmmakers travel with Withers as he visits his hometown of Slab Fork, West Virginia, to see an old friend and make a trip to the overgrown African-American cemetery there. He goes to his high school reunion, attends a tribute concert held for him and visits his old Navy buddies, all with filmmaker in tow. A picture of Withers emerges: a family man, a musical perfectionist, a man ready for his next act. We get a front-row seat as he considers what it means for him to return to making music. The scenes where he talks about his life with Cornel West and Tavis Smiley? Bonus tracks!