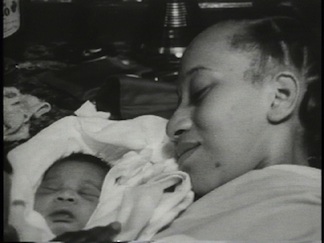 STF is pleased to celebrate the 45th anniversary of Kartemquin Films with a rare screening of THE CHICAGO MATERNITY CENTER STORY (1976), presented by Kartemquin co-founder Gordon Quinn.

For more than 75 years, the Chicago Maternity Center provided safe home deliveries for Chicago mothers. However, when modern medicine’s attitude toward home birth changed and funding from Northwestern University declined in 1974, the center was forced to close. This film interweaves the history of the center with the stories of a young woman about to have her first baby and the center’s fight to stay open in the face of the corporate takeover of medicine.

Gordon will be joined by two other special guests:

Suzanne Davenport co-directed “The Chicago Maternity Center Story” when she was a member of the Chicago Women’s Liberation Union and the Kartemquin Films collaborative in the 1970’s. She has worked for local decision-making in Chicago Public Schools for two decades and continues to produce short videos and be active in public health, currently working with community health workers.

Laura Newman, New York medical journalist and blogger (www.patientpov.org), was one of the original WATCH (Women Act to Control Health Care) activists fighting to keep the Chicago Maternity Center open for women to deliver their babies at home. Her stories have appeared in peer-reviewed journals and on the web and she continues to be activist for “patients who feel that they are not being heard.”